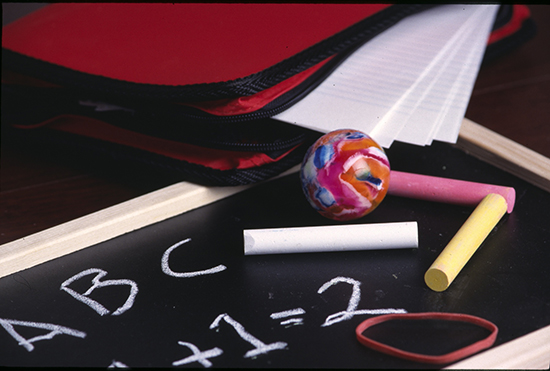 “It seems like first to the party are the biggest winners,” Washington West Supervisory Union (WWSU) superintendent Brigid Scheffert Nease said of towns that choose the accelerated transition option offered under Act 46, which will consolidate school districts across the state by 2019. “But it’s not a clear and easy path,” she said.

In recent years, Vermont’s education system has seen increasing costs along with a population that – due to poverty and addiction – is becoming increasingly challenging to educate, Mace said. Act 46 seeks to provide all students in the state with equal access to educational opportunities by establishing “sustainable governance structures,” Mace said, that maximize operational efficiencies by allowing greater flexibility to manage, share and transfer resources.

Under Act 46, all supervisory unions will consist of a single, pre-kindergarten through grade 12 district that serves at least 900 students. In making the transition, they have three options, Mace said.

With the first option, the accelerated transition, supervisory unions must approve a plan to merge all member school districts into a single district by July of 2016. That new district must be operational by July of 2017 and agree to provide data to the Vermont secretary of education in order to evaluate the impact of the merger of education quality and cost.

The accelerated transition “has a tight time frame,” Mace said, “so if you haven’t talked about this before it can be tough to do,” she told members of the WWSU community. That being said, the structure of WWSU, compared to other supervisory unions that have some school districts that pay tuition and some that don’t, is “straightforward,” Mace said, and would require less planning.

With Act 46’s second option, the conventional transition, the incentives are “largely identical,” Mace said, with the exception of the homestead tax rate reduction of $0.08/$0.06/$0.04/$0.02 in the first four years of operation. With the conventional transition, the incentives are available to supervisory unions that approve a merger plan by July of 2017 and are operational by July of 2019.

With Act 46’s third option – self-assessment, quality reviews and statewide plan – supervisory unions that do not take action to reorganize themselves voluntarily and will not do so by July of 2019 are required to take certain actions by November of 2017. School boards must work with other school boards in their district to evaluate their district’s ability to meet the state’s goals and must submit a proposal to either retain their current governance structure or a different structure until merging all member school districts into a single district in July of 2019, according to a statewide plan that was developed with data from supervisory unions that participated in Act 46’s first two transition options.

“Act 46 has – built into it – a tremendous amount of flexibility,” Mace said of the three different options, which account for variability among supervisory unions across the state. “It’s really important that people feel comfortable realizing what the range of options is,” she said.

In thinking about which option the WWSU should choose, “Be really clear about what your values are,” Mace told members of the public gathered at Harwood last Tuesday, and “be sure that, as you start to design a new system, that you’re holding onto those things that are important to your community.”

The WWSU currently has six school districts – all of which would combine into a single district under Act 46. When asked what that would look like, Mace explained that the election process for that district would be similar to how members of the public are elected to the Harwood Union High School Board. Every town would have at least one representative on the board, Mace said, and representation by towns would be proportionate.

By having a single district instead of six separate school boards, “are we losing local control?” one resident asked, to which Mace responded that interactions between parents, teachers and principals aren’t going to change.

“In fact, there could be more opportunities for those interactions,” Mace said, as communities can choose to establish councils to communicate with the single district.

For supervisory unions like the WWSU in which towns pay different tax rates, with a single district towns would see a blended tax rate (the supervisory union average) that’s the same for all towns. Towns that will have to pay more may not like this change, Mace said. “But selling [Act 46] on straight dollars and cents isn’t going to fly everywhere.” The law was designed to increase educational opportunities for kids, and “that has got to be the motivating factor,” she said.

After Mace spoke, WWSU director of finance and operations Michelle Baker gave a presentation of how the tax rates for WWSU towns could change with each of the three transition options, sharing graphics that she drew up with “very, very preliminary data using averages that are readily available,” she said.

“This is the most conservative look we could bring forward,” Scheffert Nease said of the graphics, which are available on the WWSU website (wwsu.org), explaining that the tax rate calculations do not take into account cost efficiencies and revenues that could come with transitioning to a single district.

“I think the more that you can share anything, the greater advantage you’re going to have,” Scheffert Nease said of Act 46. For example, by transitioning to a single district, schools could share teachers and bus schedules could be simplified. “How you’ll go about sharing will be determined locally,” Scheffert Nease said.

PARTICIPATING IN THE CHANGE

To those who expressed concern about the potential negative effects of the new law, “Don’t make the assumption that we get to stay where we’re at now if we do nothing,” Scheffert Nease said. “We can’t afford to roll this year’s model into next year,” she said of the WWSU’s current education system, in which schools are being forced to make cuts to avoid tax rate increases.

Moving forward, Mace said that community members can be a part of the change by talking to their local school board members. In order to choose the best transition option for the WWSU, “We need people to be engaged in this process and coming to meetings,” Waitsfield School Board chair Eve Frankel said.