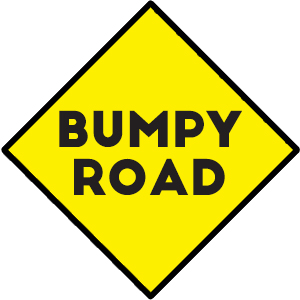 After a fatal motorcycle accident last weekend on Route 17 in Buels Gore, VTrans will be doing some paving work on the rutted, potholed and heaved road before the end of roadwork season this fall.

“What we have going on immediately this year is some work paving the worst spots. There are 10 to 12 areas that have been identified that we will get done sometime in October. It’s not a major full-width paving job. We will have our maintenance crews go up and look at the areas that need to be addressed before winter,” explained Kevin Marshia, deputy chief engineer for VTrans.

He said that given the amount of funding the agency has right now, that is all that they can get through. He also said that there is currently no timeline for a major reconstruction of the Appalachian Gap road.

“We’re looking at our funding to see what we can do to get through to a more major fix. It’s dependent on funding,” Marshia said.

He said that work had been done in spots over the last few years, including a major project in 2001 on the Waitsfield side of the gap. The last work done on the Starksboro side was in 1996.

Asked what a normal repaving cycle would be for a state highway, Marshia said there really is no normal cycle.

“Some roads hold up better than others based on where they are, their drainage, the soils. You can’t point to any one road and say that that’s a normal cycle of paving,” he explained.

“That road in particular is not unique in that it is a mountain pass, a country road that was established back in the day. There are a lot of roads like that, that were probably a horse and buggy route and later a stagecoach route. Then those roads are expected to be maintained today, roads that were built without a thought to engineering and drainage,” Marshia noted.

He said that the cost to rehab a mile of pavement on the recent work between Waitsfield and Warren was about $800,000 per mile. To do a complete reconstruction of a road to get a frost- free pavement structure is between $4 million and $5 million per mile.

In terms of the specific terrain of Route 17 and the number of accidents that occur there, Marshia said that VTrans does have crash data for all the roads in the state.

“Are there concerns on that road? The answer is yes. There are certainly locations in the state where we have mountainous terrain where we have concerns and there are also intersections where we have the same amount of concerns,” he said.

The road was already marked with a Rough Road sign prior to last weekend’s accident. It is now marked with two larger, bright orange signs warning of a rough road.