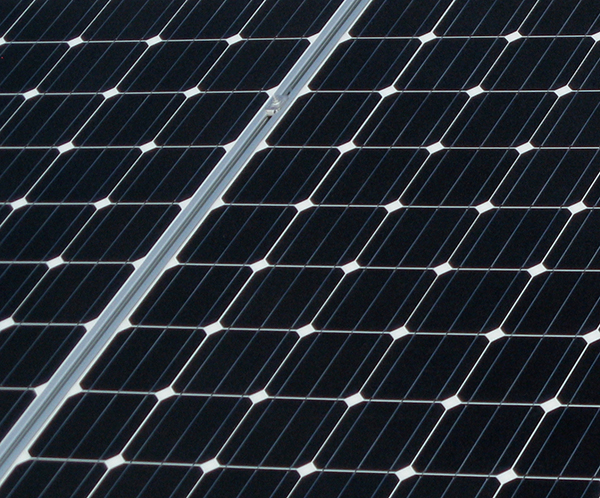 SunCommon is proposing a community solar array for Moretown that could provide solar energy for approximately 25 to 30 households.

Company representative William Northrup came before the Moretown Select Board and the public on December 7 to discuss the plan. While the select board and public expressed interest in the proposal, there were concerns voiced about residents not learning about the project earlier (the window for public comment to the Vermont Public Service Board ends December 16). Board members and others also expressed their dissatisfaction with how Vermont permits alternative energy installations via the Public Service Board (PSB) with little local input.

On Monday, December 7, Northrop presented the company’s plan to construct a 1.3-acre solar plot with 780 panels, creating energy for 25 to 30 residential properties on a parcel of land on the north side of Howes Road, near the intersection of Howes and Hathaway Roads. The land is owned by Duane Howes who has leased it to SunCommon. The solar array is for Green Mountain Power customers who are interested in solar energy but do not have enough space or access to the sun on their own land.

Members could buy shares of the Community Solar Array (CSA) tailored to their energy usage, and SunCommon would retain ownership of the panels. As solar energy is collected by panels, amounts are read by a meter and sent out to the utility grid. Each residence would collect energy credits in a system of net metering and that bank of credits would be applied toward the winter months when sunlight is lacking.

As proposed, CSA members would pay $1 upfront for membership and about 14 cents per kilowatt hour, as well as receiving a credit of 15 cents per kilowatt hour produced. Users would see a 7 percent savings in costs as compared to traditional energy costs, according to SunCommon, and the smallest share begins at $75 monthly but could fluctuate with more or less usage.

The monthly rate of 14 cents per kilowatt hour is locked in, “which could be good or bad depending on electric rates,” said planning commission chair Jonathan Siegel. If at any point members are dissatisfied with the service, they could sell their membership shares to another community member – what the company calls “easy in, easy out.”

A MULTITUDE OF CONCERNS

Community and board members asked whether the company would dispose of the panels after their 40- to 50-year lifespans come to an end, to which Northrop replied, “Probably – if we’re still around” and “that’s really far into the future.”

Concerns about aesthetics made their way into the discussion as well and Northrop said of the array that “We will try to make it blend in as much as we possibly can,” but a community member replied, “I don’t want to look at this stuff. I don’t want to smell it and I don’t want to see it.”

SUPPORT FOR PROJECT, NOT FOR COMPANY OVERSEEING IT

SunCommon conducted a site visit in September, investigated wetland areas further in October, filed a Certificate of Public Good (CPG) with the PSB on November 16 and is hoping to receive approval in early January. After the project is accepted by the state’s PSB, a “locals-only campaign” will begin. SunCommon will work with local restaurants, breweries and inns to create “educational events” for potential members.

The public can submit comments to either the town’s select board or planning commission, who would then report to the PSB, for up to 30 days after the CPG is submitted, but many community members present said that they only became aware of the project after the window for public comment opened. Although a SunCommon brochure reads that the company vows to “engage early on” with communities, community and board members found the company to be organizing the project under “rushed circumstances.”

Several community members with abutting properties said that they had either not received notification of the project or that they could not get in touch with the company after being notified via letter. Meanwhile, the 30-day window for public comment, which Northrop said was “set in stone,” was in effect and will come to a close next week on December 16. “I support the project – it’s your company that I have concerns with,” one community member commented.

SunCommon, Waterbury, is a Vermont Benefit Corporation, or a B Corporation – a for-profit entity that is certified by a nonprofit called B Lab for “rigorous standards of social and environmental performance.”

Siegel said that the time frame for public comment is too short, given that the select board and planning commission do not meet every week and all meetings are subject to weather cancellations, adding that the project is being “hustled through” in a plot of “self-righteous promotion.” The rush is not unique to SunCommon, Siegel said, but he is “concerned about the process of how this is happening all over the state.”

Moretown Planning Commission member Karen Horn said, “Every time there’s a sizeable proposal, towns realize how much voice they don’t have.” Regardless of how long a town board has to represent public concerns, one board member said, “The public service board can do whatever they want.”

And now that Vermont has adopted a stated goal of having 90 percent of the state’s energy come from renewable sources by 2050, Moretown board chair Tom Martin said, “The way the state has gone about it is inappropriate.”