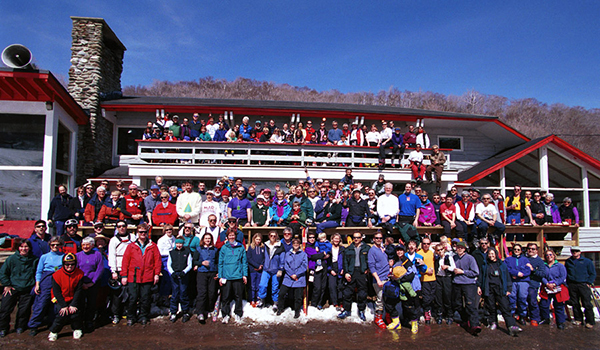 “The key thing was Mad River’s brand loyalty. That was the key driver, that and a committed group of people who wanted the mountain to survive,” said Deri Meier, one of the handful of people who helped make Mad River Glen’s co-op a reality 20 years ago.

Mad River Glen’s skier-owned cooperative, the first and only skier-owned ski area in the country, was possible because of brand loyalty, but also because Betsy Pratt, longtime owner of the ski area, was willing, according to MRG marketing director Eric Friedman.

“It was a perfect storm of this key, willing seller and her idea to have skiers own the mountain,” Friedman said. 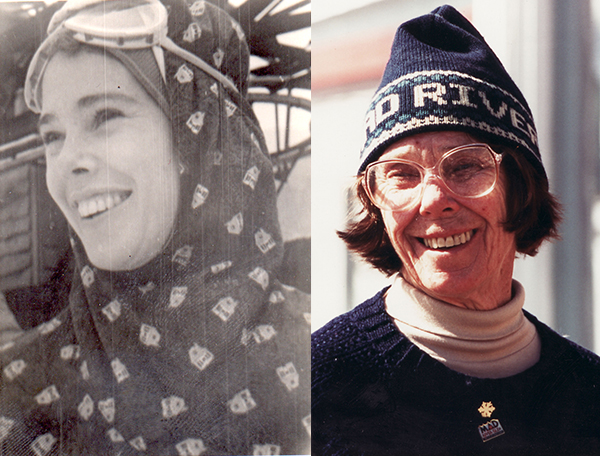 Mad River Glen’s famously cantankerous former owner, Betsy Pratt, has often been referred to as a maverick. In 1988, she declared that she would rather shut down the ski area than sell to anyone other than the skiers who loved and appreciated the mountain.

“In an age when the ski industry was rapidly consolidating, the idea of creating a vehicle for the mountain’s loyalists to purchase their ski area was considered by many to be a fantasy,” Friedman said.

Seven years later, after a couple of fitful attempts to sell the mountain to the skiers, Pratt and a committee of four, Meier, John Oleson, Jim McAfee and Rick Singer, began working on the concept of cooperative ownership for Mad River Glen.

She hired an attorney with legal expertise in co-ops to draw up the bylaws and helped form a board of trustees to negotiate on behalf of the prospective shareholders. A selling price of $2.5 million was established, which would require selling 1,667 shares at $1,500 apiece.

“John was very clever and focused on selling sufficient shares to buy the mountain, not getting into snowmaking, the price of beer and the operational details that killed the deal in previous attempts,” Meier said of the late John Oleson.

In April 1995, the committee sent 11,000 brochure packages to everyone in The Valley and everyone on Mad River Glen’s mailing list. Then the phone calling started.

“That summer we, myself, Rocky Bleier, my wife Suzanne and daughter Sarah, started calling people and they would tell us, ‘Oh, I know such and such, people who were like nodes on a web and they’d call their friends,” said Meier.

“Betsy wanted to make it affordable. Looking back on it, people would probably have paid $2,000 or $2,500 per share,” Meier recalled.

To spur the sale of shares, the committee came up with the idea of shareholders having their name on a founders’ plaque if they bought a share by July 1. That sold another 100 shares.

In September, Oleson and Singer (also now deceased) and attorney Peter Monte sat down with Pratt and renegotiated the deal so that they could close if they had sold 1,000 shares and they had 30 months to sell the remaining 667 shares.

Those selling the shares were surprised that the strongest responses they got from shareholders were not from pass holders and second-home owners but from “people who came out of the woodwork that we didn’t know about,” Meier said.

Helping the core group were sub-volunteers and others, along with former office manager Sharon Crawford.

Pratt and the co-op agreed to close the deal on December 5 and offered the skier-owners a five-year, interest-free note to give them time to sell the balance of the shares and provide them with startup capital. The mountain opened for the season two days later after an emotional ribbon cutting ceremony interrupted by heavy snow squalls.

BUYING SHARES FROM HERSELF

“She ended up buying shares from herself because she believed so strongly in the concept of selling the mountain to the skiers,” Friedman said.

The 30 months to sell the rest of the shares ended in June 1998 and that April the co-op learned that the Sunnyside Double would need a $600,000 up fit. So they had a double hurdle. They had to sell the remaining shares and make the investment in the double chair.

“My attitude was to go ahead and tell people that we’re going to rebuild the double chair and that will send a signal to people that this is viable and will make it,” Meier recalled.

At the co-op’s annual meeting that same month, there was a huge rush of people buying shares. Meier said he personally sold 20 shares that day.

“It was a tipping point when people realized this was actually going to happen. Fixing the double chair was a clear signal,” he added.

“Then we had sold 1,667 and as we sold those shares and installment payments came in we paid Betsy off. It was almost another two and a half years until the last installment was paid off,” he said.

Since that time, other ski areas have flirted with the idea of cooperative ownership and Meier said not a year goes by that he doesn’t get a call from someone wanting to create a co-op.

Mad River Glen’s cooperative ownership took the ski industry by surprise, at the time and to this day.

“This was during the time when ski area ownership was being consolidated all over the country and we were flying in the face of everything in the sky industry. We got laughed at at national ski industry meetings. Les Otten (former owner of Sugarbush and Sunday River in Maine) said to me, ‘We’ll own you someday,’” Friedman recalled.

But that didn’t happen.

Over the past two decades the Mad River Glen Cooperative has proved the naysayers (and there were a lot of them) wrong and is an unqualified success. The co-op found its footing and created the process for managing the skier-owned mountain. Years of deferred maintenance were addressed. Mad River Glen re-opened only a week after the devastating 1998 ice storm, demonstrating the resiliency and drive of the Mad River Glen community.

The Sunnyside Double was refurbished. In 2008 Mad River Glen’s Single Chair, underwent a $1.8 million restoration that was funded entirely by donations from the Mad River Glen community. Since its founding, the Mad River Glen Cooperative has plowed over $5 million back into the mountain’s infrastructure.

“As the Mad River Glen Cooperative looks to its future, it does so in a proactive way and from a position of strength. The mountain’s infrastructure has never looked better; it has negligible debt and has finished ‘in the black’ in 15 of the first 19 seasons,” Friedman said.

“That being said, the challenges for Mad River Glen going forward are very real and will need hard work, dedication and creative thinking from the entire co-op community to ensure the long-term stability of the mountain and enable Mad River Glen to offer future generations the unique ski experience the co-op is dedicated to protecting and preserving,” he added.

To celebrate the 20-year anniversary of the Mad River Glen Cooperative, there will be a Grand Soiree held on Saturday, January 30. Learn more about the event and get tickets at www.madriverglen.com.

Mad River Glen was opened in December 1947 by Roland Palmedo. In 1972, Truxton Pratt and his wife, Betsy, purchased a controlling interest in the business. When Truxton Pratt died in 1975, Betsy Pratt ran the ski area until she sold it to the skiers.

And, P.S. for those who have forgotten, snowboarding was allowed at Mad River Glen on the Sunnyside Double chair from the 1986-87 season through the 1991-92 season.