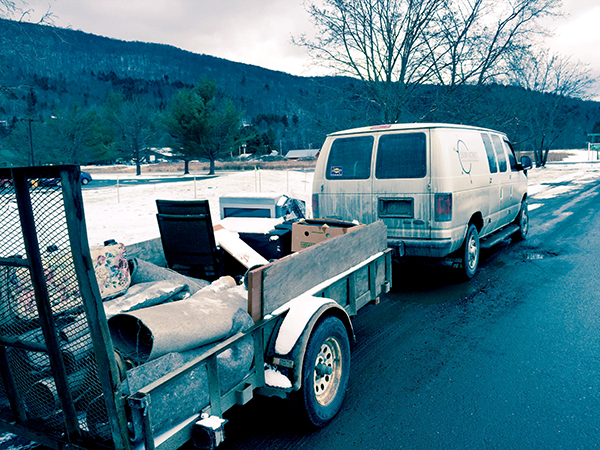 Exterminators with Pest Pro Inc. are completing work to exterminate bedbugs in the common areas of Evergreen Place in Waitsfield this week. The extermination company has also treated four apartments in the facility where bedbugs were found and additionally treated the unaffected adjacent units as a precaution.

Bedbugs, the letter notes, invade a home by hiding in small crevices, often as stowaways in luggage, furniture, clothing, pillows, boxes and other objects. Used furniture, particularly bedframes and mattresses, is at greatest risk of harboring bedbugs and their eggs. Bedbugs can wander in between adjoining apartments through voids in walls and wiring and plumbing holes.

After the infestation was discovered and then affirmed by Pest Pro, Downstreet had the exterminators check the common areas, which Genge said came up negative. Those areas were treated as a precaution, she said.

Tenants, frustrated by what they felt was a slow response, took the issue to Susan Senning, Waitsfield’s health officer, who notified Downstreet on February 4 that they were in violation of state law.

Senning, in her February 4 letter, noted that she received reports from two tenants about bedbugs in two apartments, had seen a tenant with bites and said she’d tried unsuccessfully to reach property manager Carolyn Brown and had determined that there was a bedbug infestation at the property.

“They were also concerned that it had/would spread to the hallway and the laundry room. A tenant told me that you all had posted a notice but had not yet had it exterminated. This week, I received four reports that there were dogs that came in to detect if/where the bugs had spread to and stated that they were in the hallway and four known apartments,” Senning wrote.

“Downstreet, as owner, is responsible for maintaining common areas and for extermination if more than two dwelling units are infested. Based on the tenants’ reports, this section has been violated and you must correct the problem within a reasonable amount of time,” Senning wrote.

“Downstreet must exterminate the affected dwelling units and the common areas. I understand that heat treatment is the best way to handle the issue but the hired professional will know the best method; bed bugs are difficult to eradicate so you must be diligent. Please increase your communications with tenants and me to keep us informed of next steps and progress. I will check in next week to ensure that an exterminator has been scheduled at their earliest available date,” she concluded.

Genge explained in a reply to Senning that part of the delay in getting one of the apartments treated was that it required a great deal of prep work. The way that bedbugs are exterminated is by superheating an apartment to a temperature that will kill the bugs and their eggs.

Tenants were asked to make sure clothing in closets and drawers were not packed too tightly and that excess clothing needed to be washed and dried in high heat and placed in heavy, sealed contractor bags. Genge said that tenants were provided coins for laundering of their clothes.

Multiple box springs and mattresses piled up had to be removed and all beds needed to be on frames. The prep work left the dumpster at Evergreen Place completely full by Saturday morning.

Senning informed Genge on February 9 that she was satisfied that Downstreet had taken the appropriate action and asked that Downstreet continue to monitor the facility. Genge said that ongoing monitoring as well as bedbug traps was part of the plan.