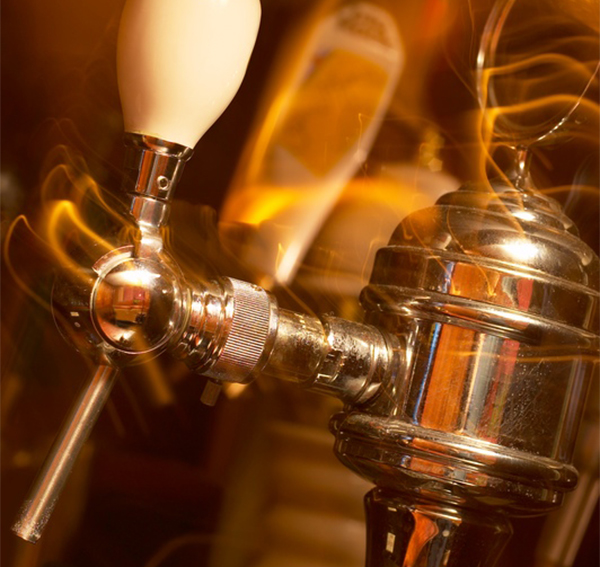 Joe and Brandon Kasper are opening a microbrewery in Sugarbush Village in Warren.

Joe Kasper, Warren, and his son, Brandon, 27, of New Jersey, have just received their final state permits to get started.

Joe Kasper is a general contractor who has been a home brewer for quite a while. He is also the father of Olympic skier Nolan Kasper.

“We were going to try and have a home brewery, like Sean Lawson, but we learned we’d probably need a new septic system to handle the wastewater,” he said.

“That turned out to be a hassle,” Kasper said. He learned of the condo space in Sugarbush Village, one of the Mountainside buildings, and is in the process of purchasing it.

With his permits in hand, he expects to get started on the upfit and be operational by June.

Initially he’ll be brewing two days a week, producing seven barrels a week or about 20 kegs. His spent grain will be going to local pig farmers.

Up to now, Kasper has been making beer for himself and his friends.

“I make all kinds of beers including IPAs, but also ones that are lighter. I play cards with some friends and we like a lighter beer for that. I make Helles, which is a German lager, and I make stouts. I just finished making a peanut butter and jelly stout which tastes just like peanut butter and jelly,” he said.

He and Brandon Kasper will be brewing the beer, operating a tasting room and selling growlers as well as kegs to local restaurants. He said Sugarbush and The Common Man had expressed an interest in carrying his brews.

Kasper and Kasper are still working on the name of their business. They used the name Pint Glass Brewery for their permits but haven’t finalized the name yet. They are working on a name that is more local, like 802 Brewing, but are still deliberating.