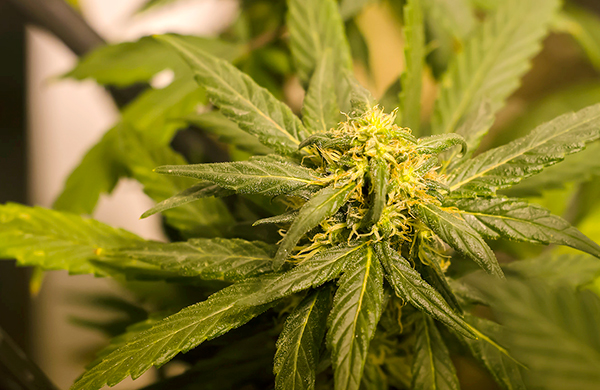 The House Judiciary Committee, headed by Moretown Representative Maxine Grad (D), passed a revised version of bill S.241, which was intended by the Senate to legalize and regulate marijuana retail sales beginning in 2018. The newly crafted House version does away with legalization and establishes further study and preparation for possible legalization in the future.

On Friday, April 8, the 11-member committee voted 6-5 to pass the bill, which will be viewed next by the House Ways and Means Committee and then the Appropriations Committee.

The state decriminalized possession of an ounce or less of marijuana for those 21 and older back in 2013. Currently, a first-time offender faces a $200 penalty for breaking this law.

In late February of this year, the Senate passed a bill that would legalize this amount, as well as establish a tightly controlled system of licensed cultivation sites, testing facilities and retail stores beginning in 2018. It would continue to remain illegal to consume marijuana in public and to drive following consumption.

In the past month, the House Judiciary Committee has heard testimony from “experts in different communities,” Grad said, as well as hosting public forums. A recent April 5 series of testimonies brought seven individuals from education and law enforcement before the committee, each recommending that the bill for legalization be voted down.

“Our committee was struggling with that bill [for legalization],” Grad said.

West Rutland Representative Thomas Burditt (R) said that while he personally believes that “an adult has the right to make choices for themselves, as long as they’re not hurting anyone,” the majority of his constituents have asked him to vote it down.

Middlebury Representative Betty Nuovo (D) told the group, “I can’t vote for the bill if it’s going to harm our children.” She said that brain damage can result in adults up to 24 years of age with marijuana consumption.

“This is a mind-altering drug and we need to take this seriously,” added Irasburg Representative Vicki Strong (R), “I have no respect for our current governor in his position with this.”

Early last week, Grad put forth a revised draft that nixed legalization and a regulated market in favor of the decriminalization of up to two plants. She said that it “brings Vermonters out of the shadow of criminal conviction.”

Currently, the cultivation of up to two plants could secure that grower with a $500 fine and up to six months of incarceration.

Orange-Caledonia Representative Charles Conquest (D) said that “Vermonters want to do it [consume marijuana] in a Vermont way ... that includes the ability for people to produce their own marijuana for their own use.”

He added, “That is certainly something I might support,” whereas regulated sale of it is, for Conquest, “not a direction I’d like to go.”

Grad said, regarding her new draft, “My ultimate goal is to keep the conversation going,” rather than tabling the bill. “I don’t think it’s going away,” she said.

On Friday, Grad’s draft failed in a vote of 5-6, but committee vice chair and Addison Representative Willem Jewett (D) presented yet another draft that eliminated the decriminalization of two plants. This bill passed 6-5.

His draft creates a temporary Marijuana Advisory Commission in order to provide guidance to the administration and the General Assembly regarding future legalization. In fiscal year 2017, this commission would be allocated $150,000 for staffing and other expenses.

It also establishes that an intoxicated driver’s blood alcohol level must be no more than 0.05, rather than the current standard of 0.08, when alkaloids from cannabis are detected in the blood at the same time.

The bill contains amendments to Vermont’s current decriminalization laws and keeps many of the original Senate bill’s original provisions, such as the establishment of prevention programs in schools, training for law enforcement and other highway safety measures.

The bill would allocate $350,000 to the Department of Health in fiscal year 2017 for educational initiatives, including a “counter-marketing campaign” for the prevention of underage marijuana use, with public websites, printed materials, social media and advertisements.

The Department of Public Safety would receive $460,000 for the construction of a forensic laboratory and $124,000 for lab equipment, blood testing and staff trainings. Another $63,000 would go toward training law enforcement officials as “drug recognition experts,” according to the bill.

This new version, sans all language concerning legalization, was passed in the committee 6-5.

Orleans Representative Gary Viens was not satisfied and said, “My biggest concern is that this is still S.241.” He explained that the Senate could reinstate their language on legalization when it bounces back to them.

Passing a revised bill means that it will be kept alive and passed on to other committees for discussion. If, a bit further down the road, a version passes on the House floor, the House and Senate will negotiate a finalized version.