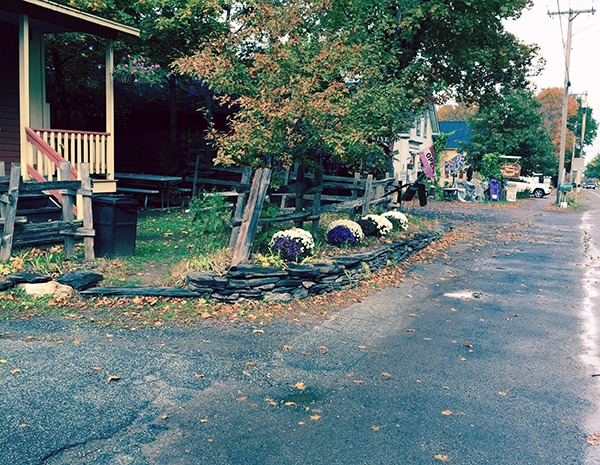 Although the Waitsfield Select Board has not approved or voted to include several components of the proposed west side sidewalk in the village, the project, as recommended by the municipal contract manager and engineer, is more than $200,000 over the original proposed budget.

When the project came before the Waitsfield Select Board last year, the board sent it back to the drawing board over concerns about lost parking, curb extensions and other issues. Sending it back cost money, according to the budget analysis prepared by project manager Kevin Russell.

Russell notes in his analysis that additional labor hours have been expended during the project design due to the “expanded scope of work to resolve local issues.” These labor hours are for himself and Stantek Engineering, approximately $10,000 more than the $79,228 that was budgeted for project management ($19,862) and engineering ($59,336).

As presented by Russell to the select board this month, there are several proposed add-on parts of the sidewalk project beyond the base construction, which he estimates at $340,000. The base construction cost includes concrete sidewalk and curbing on the west side of Main Street from the Valley Players Theater to Farr Lane plus two crosswalks without curb extensions on the east side and construction inspection service.

Noteworthy is the fact that VTrans will not fund the cost of any of the on-street parking that is created or preserved in the village, leaving the town 100 percent responsible for those costs.

Then in his analysis, Russell provides a second table titled Current Estimated Total Project Cost which includes anticipated project management fees and current construction estimate. This table has total construction coming in at $584,228 with the town’s share coming in at $251,687 and the project over budget by $214,728.

He suggests that the town apply for additional supplemental funding from the Vermont Bicycle and Pedestrian Program to cover additional qualifying project components. Were the town successful in obtaining grants, Russell noted in his analysis, the town’s share could be brought down to $95,895.

Russell suggested that the town allocate $50,000 from its sidewalk capital budget, $20,000 from the town’s roads budget, use local fundraising of $8,000 for the lighting, use fundraising from Friends of the Mad River of $3,000 for the infiltration green spaces, use $2,500 in fundraising by the Mad River Path Association, add a donated right of way value of $2,500 and, finally, secure a “to be determined” grant of $10,000 to offset the cost overages and the town’s share.

The select board will discuss the proposed budget and Russell’s analysis at a coming meeting.