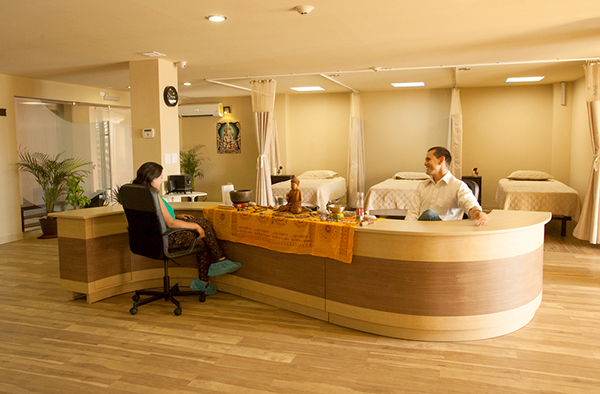 In late April, the Vermont House Committee on Human Services heard testimony from individuals regarding a unique type of treatment for a highly pervasive problem that plagues the state – opiate addiction.

The treatment that was under review is called ibogaine, a psychoactive chemical derived from the root of an African plant known to the West as iboga. In past research, it has been found to drastically reduce withdrawal symptoms, which one patient struggling with opiate dependence called “the flu times 5 billion.”

The treatment can also reduce the psychological desire to use substances like opiates in the long term, facilitated by a period of deep insight through an altered state of consciousness. Some have described this as a dreamlike state and others speak about a three-dimensional slideshow of hallucinations behind their closed eyelids.

Scientifically speaking, ibogaine can regrow neurons in the brain that become damaged by addiction.

Although research has pointed to the potential of ibogaine as a medical treatment, the chemical was categorized as a Schedule I controlled substance shortly after Nixon declared war on drugs in the late 1960s. Thus, all investigations were halted.

The idea to establish an FDA-approved clinical trial to study the effects of ibogaine for opiate addiction in Vermont was brought to the attention of the human services committee by Grand Isle resident Bonnie Scot. A bill was drafted (H.741) and the committee discussed incorporating it into a larger bill related to opiate treatment (S.243).

The larger bill sought to place tighter regulations on numbers of opiate prescriptions and to train providers more carefully in prescribing and disposing of these highly addictive pharmaceuticals.

Other recent efforts by the state have included the arming of police with medication to reverse overdose on the spot (Narcan), the opportunity for individuals to deposit their illegal opioids with police in exchange for legal immunity and substance abuse treatment (Project Safe Catch) and a pilot program to treat 350 individuals with an opioid that prevents one from feeling the trademark pain relief of a drug while withdrawal remains in full effect (Naltrexone).

The human services committee ultimately voted 7-3 against allowing ibogaine to be studied and the idea never made its way out of State House room number 46.

But staff at The Valley Reporter wanted to learn more about this treatment, which seemed unlike any other that exists for healing addiction. Recently this reporter traveled to Baja, Mexico, where ibogaine is legally administered to patients in medical settings and where many Westerners travel annually to undergo the treatment.

Crossroads Treatment Center is a clinic that admits six patients a week for substance abuse – mainly opiate addiction. It was founded in 2011 by Martin Polanco, MD, who has treated patients with ibogaine for 15 years.

Polanco became interested in ibogaine after a family member was freed from her opiate addiction following the treatment.

Patients traveled from the U.S. and Europe, landing at the San Diego International Airport. From there, staff members drove them across the border to the Tijuana clinic where the ibogaine is administered on day three. The entire treatment, including preparation and recovery, lasts one week.

In preparation, patients undergo rigorous medical tests like electrocardiogram (EKG) for the heart, bloodwork and urine screening. Patients are not treated if any health risk arises. They are then stabilized with morphine until the ibogaine is given.

They talk with staff about what to expect and how to deal with challenges that can emerge during the experience, which most patients said lasted about 12 hours. They wear heart monitors for the duration of the treatment and are checked frequently by medical staff.

Patients were struggling with addiction to heroin and opiate pills, with some reporting use of other substances like cocaine, Adderall and benzodiazepines. One patient who has battled with an eight-year heroin addiction said, “It’s a horrible way to live. It’s not living. It’s dying.”

Each had attended many conventional treatment programs in the past – whether outpatient rehabilitation, 30- to 90-day inpatient programs or 12-step plans like Alcoholics Anonymous. Of these, a patient who has used heroin for 30 years said, “I hate them. I can’t stand any part of them. You can talk yourself to oblivion and it doesn’t really do anything.”

Another patient who has used heroin for five years said that such programs kept him clean for a three-month period, “but the whole time, I wanted to use.”

Others spoke to “the powerlessness of the 12-step program, where you’re a victim to your addiction,” and “the feeling of being trapped in a hospital room. ... You might as well just stick me in a cell and make me go cold turkey.”

With synthetic opioid medications that have been termed “maintenance drugs,” patients said, “They allow people to stay high” and “You can never get off that stuff.”

The ibogaine is administered in the form of a pill. A staff member explained that each patient receives a dose that is tailored to them, based on factors like body weight and severity of addiction.

Patients reported an experience within the mind that was, as one put it, “strange but beautiful.” Most said that they received information in the form of imagery, feelings and insights.

Some were exposed to past traumas or visions of family members and even their future children. One said, “I met myself as a child.”

One patient, a 29-year-old woman from Chicago, described her visions as, “HD times a million. The quality is just indescribable.” She said that she was able to forgive herself for past events that she was less than proud of. At one point, a voice told her, “All the answers are here for you, if you need them.” She marveled at a vision of the word “hope,” as it was presented to her in dazzling color and form.

“I wanted the knowledge that this drug could give me, and trust me, it’s knowledge,” said a 24- year-old from Detroit, who has used heroin, prescription opioids and other addictive substances for the past eight years.

He said that he purged his addiction, which was visualized as “a live, snakelike rope” for three hours. “I was puking my addiction out. It was such a release of pain. It was beautiful. I went through some very serious transformations.”

One such transformation included the opportunity to choose between a vision of his “addict self” and a new, clean version of himself who no longer struggled. He chose the latter.

Several patients spoke to the animated quality of what they insisted was not a drug but a medicine. Most referred to it as “psychedelic.”

“There’s no other way to describe it other than it’s a living thing,” someone commented. “It’s pulsating, pure energy. It’s there for you, and it’s there all the time actually. You’re just not able to always see it.”

Similarly, another patient called the experience “a doorway” into a place where “incredibly lifelike beings are in communication with you.”

When the peak of the altered state wound down, patients said that they emerged with drastically reduced withdrawal symptoms. A patient with eight years of heroin use was astounded at the complete elimination of his symptoms in the following days.

Patients reported better sensory abilities like sight and taste, clearer thinking and “You get a broader sense of what I guess I would call reality. The universe, life, what goes on beyond this physical world.”

Bennington representative and human services committee member Steven Berry said, “This is a psychological issue but also a spiritual one. It has to do with the total person.”

Patients spent the last few days of the week resting and processing their experiences in a large house on the Rosarito coast, about an hour from Tijuana.

While law states that ibogaine is an addictive drug that lacks potential for medical use, patients who have experienced its effects might say otherwise. “It showed me things from my past. I don’t think any addictive drug would ever do that, to go so deep and open me up so much and cause this positive change in me.”

When the House human services committee was considering the future research of ibogaine, Chittenden representative Paul Dame said, “Part of what I’m learning is that you have to find the people and players who will help make it happen.”

“One of the things that’s really made an impression on me was that we [the State House] talked about substance abuse and the fact that there are just about 500 Vermonters who are on a wait list for treatment. These are people who have said, ‘I’ve got a problem and I need help,’ and the state responded with ‘OK, you’re No. 497.’”

With the prospect of ibogaine, Dame said, “We may be able to really make a substantial impact on the opiate crisis in Vermont.”