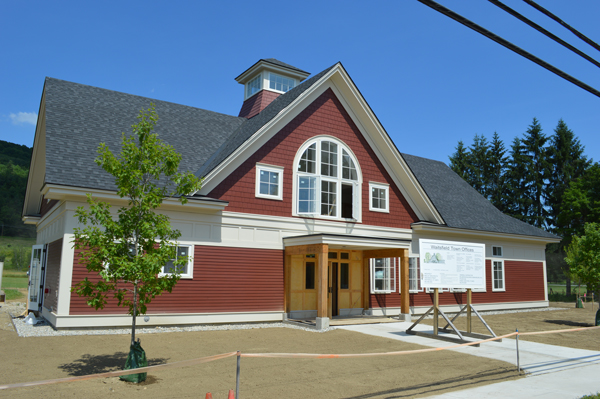 Town office buildings in both Waitsfield and Moretown have expected completion dates of July 15.

In Waitsfield, the original contract called for completion by June 30, but the date has been extended to July 15 due to the late delivery of a generator.

At the town’s June 27 select board meeting, members approved spending of $8,000 for tables and chairs for the building’s public meeting room, conference room and staff kitchen. The board had previously approved spending $12,000 on furniture. Currently the project is expected to come under budget. The town has set aside three days in mid-August for the move.

In Moretown, construction is on schedule, although the Barnet-based company Ruggco Inc. is contracted until August 15. Town employees are hoping to move in by the second or third week of August, after furniture is purchased.

Both towns received Vermont Community Development Block Grants to fund at least part of their projects. Waitsfield received approximately $900,000 in grants in addition to $650,000 in taxpayer funds. Moretown received a community block grant of $700,000; taxpayers covered $167,000, of which $109,000 came from insurance received after Tropical Store Irene destroyed the former town office.