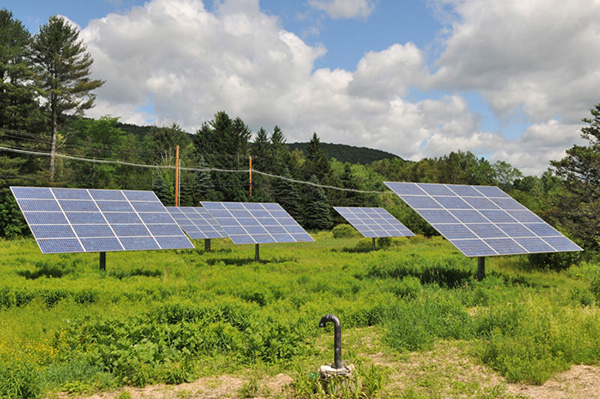 Waitsfield, Warren and Fayston could team up in order to meet guidelines set by the state for renewable energy siting.

A number of different organizations are coming together to help with the new guidelines including individual planning commissions and the Vermont League of Cities and Towns.

Waninger says that it is important that each municipality understands that they must create an energy plan in their Town Plan that goes further than siting and includes transportation and efficiency. Each town should address “how will [each] town assist in meeting the state’s comprehensive energy goals,” Waninger said.

Vermont state Representative Adam Greshin, I-Warren, said, “There are many towns that believe with the passage of this bill the towns will be given substantial deference and the answer is, only if you have a plan.” Creating a section of the Town Plan that addresses energy will be time consuming and require expertise, Greshin said.

As the CVRPC stated in a newsletter, “Only plans with an affirmative determination of energy compliance would have ‘substantial deference’ in the PSB's decision-making process.”

Once a municipality has created an energy plan, it must be certified. Waninger said that the CVRPC is currently working on its own plan and that once they are finished, they will be able to certify individual Town Plans. Towns can take their plans directly to the state’s Public Service Department.

Waninger said that the expectations for what a municipality will be able to do are high. Planning commissions and the Vermont League of Cities and Towns are working to ensure that the guidelines are attainable for municipalities.

The Vermont Legislature has allocated $300,000 to help towns to be able to develop energy plans, assuming they meet the guidelines, although this will not be enough to meet statewide coverage.

“We have no idea how the money will be allocated, but we are working on it,” Waninger said. One committee member asked it would be on a first-come, first-served basis, to which Waninger replied, once they are finished with the guidelines they will think about the money.

The bill allows towns to work together to meet the state’s renewable energy goals. Bob Ackland, chair of the steering committee, advocated for The Valley to create a single energy plan, but this proposition was met with hostility.

Waninger did clarify that multiple towns can join under one plan as long as all towns adopt it as their plan.

Each town’s energy plan is incorporated into its Town Plan. Waitsfield adopted its last Town Plan in 2012, Fayston updated theirs in 2014 and Warren adopted their new plan in 2011, meaning that each town must revisit their Town Plan in 2017, 2019 and 2016, respectively.

Warren is currently updating their Town Plan and Ruth Robbins, planning coordinator to the zoning administrator, was unsure of whether the new guidelines will be taken into account.

According to Eric Vorwald of the CVRPC, municipalities are able to update or make amendments to their energy sections of Town Plans at any time.