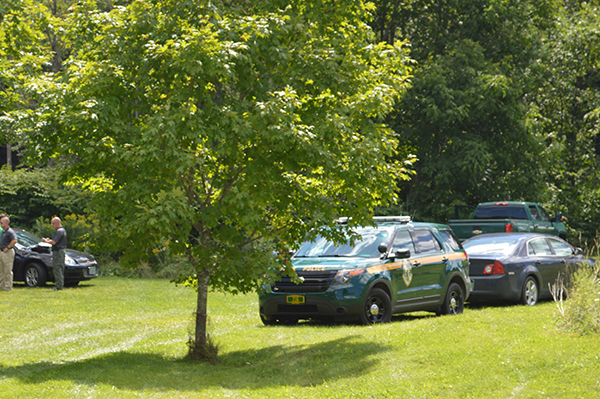 On Friday morning, August 19, at approximately 9:40 a.m., Vermont State Police Middlesex received a call from a male who was swimming at the Lareau Swimming Hole, located just off Route 100 in Waitsfield. The male advised dispatch he had located a body at the bottom of the swimming hole. Troopers and detectives from the Middlesex barracks responded to the area.

Along the river's edge, a pile of clothing was located along with a wallet which contained a Vermont driver’s license belonging to Richard Dillon, age 30, of Warren. Dillon had been reported missing by his family on Thursday, August 18, at approximately 1 p.m. He was last seen on Wednesday, August 17, at approximately midnight leaving a friend's residence in Waitsfield.

The body was located on the bottom of the swimming hole in approximately 7 feet of water. A member of the Vermont State Police SCUBA Team recovered the body, at which time a positive identification was made by troopers based on his description and tattoos. The body was examined and transported to the Office of the Chief Medical Examiner for autopsy to determine the cause and manner of death. The investigation is ongoing; however, it does not appear suspicious at this time. No further information is available.

According to Detective Sergent Amy Nolan of the Vermont State Police a body was recovered from the Mad River Friday morning, August 19 at the Lareau swim hole in Waitsfield. The name of the victim is not being released at this time pending notification of the family. The investigation is ongoing but at this time it appears the victim drowned.