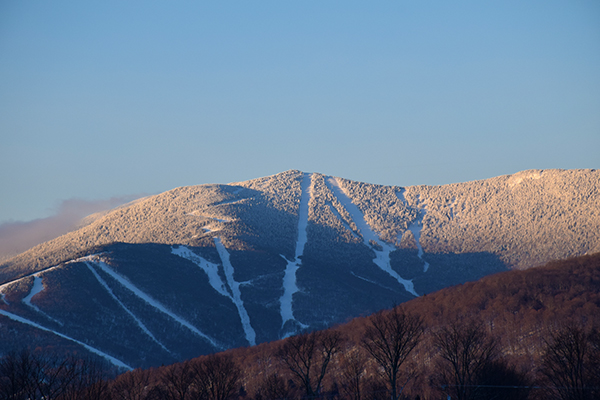 Last month the Harwood Unified Union School District (HUUSD) executive committee saw a budget proposal for next year that would eliminate two teaching positions in The Valley and at its board meeting last week many underlying tensions and fears that were raised before the vote to merge school districts under Act 46 came out.

The cuts would come in Fayston and Warren. Fayston would lose one first/second-grade teacher and a full-time aid/substitute teacher. Warren would lose one of its three fifth/sixth-grade teachers. In each case the class sizes would become more aligned with the other schools in The Valley, but class size is not telling the whole story, according to community members.

After the December HUUSD Board meeting, the Fayston Elementary School Board met on December 20 and again on December 29 to finalize a letter protesting the cuts that were sent to the school community and then the larger Valley community. The proposed budget with staffing reductions caused consternation among Fayston Elementary School Board members and community members, many of whom filled the library at Harwood Union for the HUUSD meeting on January 4.

The Fayston School Board letter, plus subsequent electronic and written responses from HUUSD and a response from Nease, framed the discussion at last week’s meeting.

According to those present at the January 4 meeting, Fayston residents feel particularly betrayed. They believe that the HUUSD Board is not living up to a promise to provide a level service budget for the first year it will be in place, meaning no teacher cuts. The other issue that board members raised at the January 4 meeting is a lack of knowledge regarding equity in schools. It is a statistical fact that the class sizes would be more equal if these positions were eliminated, but board and community members asked if class size alone represents equity.

Fayston community and board members feel that staff reductions and increasing class size lessens the school’s individuality. Fayston resident Doug Mosle spoke to the HUUSD about his experience with the Act 46 committee prior to consolidation.

“I was a participant in every Act 46 meeting albeit one,” he began. “I have been extremely supportive of Brigid and the work of this board.” He said he knows how much time they have spent on these issues and he himself spent nine months in Harwood’s library discussing the very same problems. But throughout his work on the committee he felt that the overarching sentiment shared was to keep the individuality of the schools.

Mosle understands that a class size of nine or 10 may look wrong to a school in Waterbury, but Fayston is not Waterbury, and one thing it holds dearly is its small class size. The great thing about Act 46, he noted, is added benefit of school choice. He said that if a student in Waterbury or any other town for that matter wanted a smaller class they could now attend Fayston under a more open policy, but if a teacher is taken away in the first year, children in The Valley will lose the option for a smaller class.

Other residents were angry with Nease specifically. Seth Henry, from Fayston, accused the superintendent of proposing a budget that was contrary to what was said in the run up to the merger vote last summer, specifically the “story boards” that were used to demonstrate the impact of merging on each school.

“We are here because we are pissed off. We’re here because of a very irresponsible, optically indefensible budget. And you did indicate that within the first year there would be no substantial cuts,” Henry said then turning to Nease he continued, “and you, Brigid, have proposed a budget that is materially increasing while you cut our teachers.”

Henry said he spent a lot of his personal political capital on convincing other Fayston residents to vote for the Act 46 early merger.

Board members were given a chance to comment as well. Rosemarie White, Warren, said she had watched the Fayston School Board’s December meeting and saw no harm in going slow in terms of teacher cuts. She said the board needed to work on understanding what equity meant across the schools in the district.

Committee member Jim Casey from Waterbury said that he found Nease to be unfairly accused. He reiterated that it is the board, after hearing the superintendent’s suggestions, who must make a decision. He also said that the proposed budget was very preliminary. The committee had yet to see revenue numbers that would certainly affect their decision.

Almost all of the committee members agreed that equity needs to me more defined in regard to their particular schools. The idea of asking outsiders or experts to come and talk to the committee was brought up, but the committee does not have enough time to conduct a thorough research project, as they have to finalize a budget in roughly six weeks.

After the public comment period had ended, Nease took a moment to defend her budget proposal and to share with the public that she is not the one that has the final say. Her job, she said, is to provide information and make suggestions. Ultimately it is the executive committee’s decision.

As The Valley Reporter goes to press, the budget is being discussed at a January 11 HUUSD Board meeting.