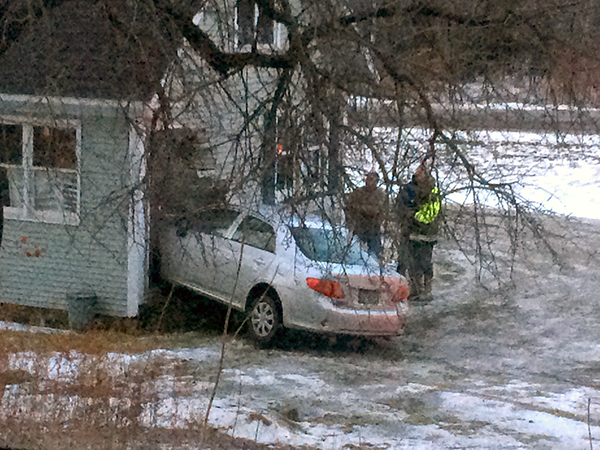 Trooper Brandon Degre reports: On January 11, 2017, at 5:54 a.m., trooper Degre of the Vermont State Police Middlesex barracks was advised of a one-vehicle crash into a building in Waitsfield, VT.

Upon arrival it was determined that the building that was struck was at 5513 Main Street. Investigation determined that the operator was Charlotte Adams, age 64, of Johnson, Vermont. Adams was transported to CVMC and later released with no injuries. Upon speaking with Adams, she advised that her vehicle slid on the ice causing her vehicle to leave the roadway.