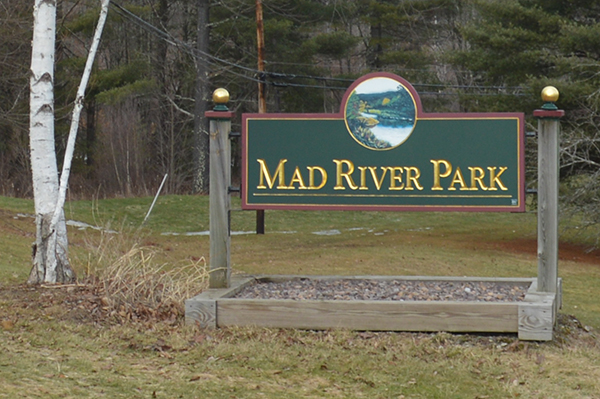 The Mad River Valley Recreation District can breathe a little bit easier now that Town Meeting Day is over and each member town and Moretown have all approved funds for their share of the purchase of the rec fields at Mad River Park.

On March 7, both Warren and Fayston voted to approve their shares of $31,250 from the floor at their Town Meetings after some discussion and there were few opposition votes. Moretown approved the funds via Australian ballot 232-111. Waitsfield did not have a vote as the select board included the funds in the town’s general budget, using money from its restroom, recreation and conservation fund.

The recreation district lobbied the towns of Waitsfield, Warren, Fayston and Moretown to contribute $31,250 each to go toward the district’s purchase of a 10-acre lot in the Mad River Industrial Park, Waitsfield. For the past 12 years the district has leased the land from Dick and Laura Kingsbury; however, last summer they have had the lot for sale for years and they told the recreation district that they would not be leasing the land for recreation.

They offered to sell the fields to the district for $550,000. If the district’s member towns (and Moretown) had opted against buying, the Kingsburys wanted to sell or develop the parcel into an alternative energy site.

Moretown voters were the first to discuss the measure at their pre–Town Meeting on Monday night, March 6. Drew Simmons of Mad River Youth Lacrosse spoke to Moretown voters, as he would the next day in Warren, and he asked them to think of the funds as an investment in infrastructure. He reiterated that the fields see 10,000 player visits annually and without the park there would likely be a decrease in participation in sports Valleywide.

Simmons also told the Moretown and Warren voters that the asking price of $550,000 was a good deal, as an independent appraisal valued the space at $725,000. However, that appraisal is for the highest and best possible use of the land as an industrial/commercial lot. As soon as the recreation district purchases the park with their grant, the land will be locked into recreational use in perpetuity, which may change the appraised value. 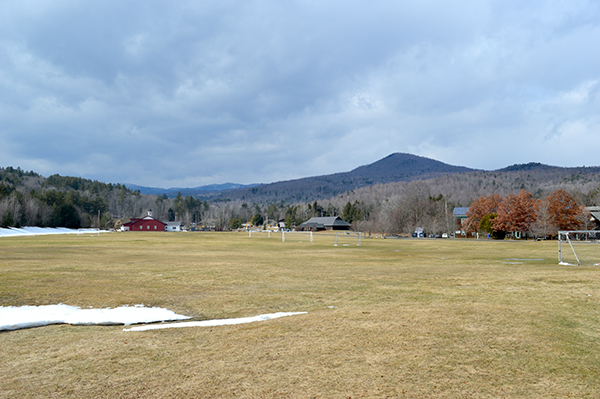 Voters in both Moretown and Warren questioned members of the recreation district at their meetings.

Moretown was specifically concerned about the ownership of the fields, as they are not a member town of the Mad River Valley Recreation District. Their vote was contingent on having a Moretown resident sit on the recreation district’s board on matters that relate to the fields. Voters also asked about possible annual fees. Rebecca Baruzzi, the director of the recreation district, informed them that the annual fees of the four towns put together would be $6,000, which would go toward mowing and maintenance.

In Moretown, proponents for the field largely felt that because Moretown children use the fields for their youth sports the purchase would be in the town’s interest. Moretown opponents believed that the town is not in a position to spend any more money than absolutely necessary. One voter even said he was “surprised” that the select board put it on this year’s ballot.

The following day, in Warren, Warren voters had fewer questions after hearing Simmons speak. One resident asked the Warren Select Board why the article was being voted on the floor rather than having it decided via Australian ballot, as the decision affects many more families that could come to the actual Town Meeting. Select board chair Andy Cunningham and select board member Bob Ackland explained that they believed Town Meeting Day to be the best space for a thorough discussion and for people to voice concerns.

Another resident asked if they would be able to take the money out of a Warren reserve fund, as Waitsfield did. The resident was informed that land purchases with reserve funds must be in the town of Warren, so they would not be able to allocate the funds for the fields, which reside in Waitsfield.

During Fayston’s Town Meeting, the request for field funding was discussed from the floor where it passed by a voice vote with a single dissenter.

With the passing in all four towns the recreation district will be finalizing its fundraising efforts. Of the $110,000 that the district needs to raise privately, commitments have been made for $49,000. That fundraising work will continue.

The district currently has an agreement with the Kingsburys that guarantees the usage of the fields in the spring and a deal must be made by August 1.

In a conversation with The Valley Reporter prior to Town Meeting Day, Baruzzi said that if all four towns vote yes, meeting that August 1 target date would be very easy.