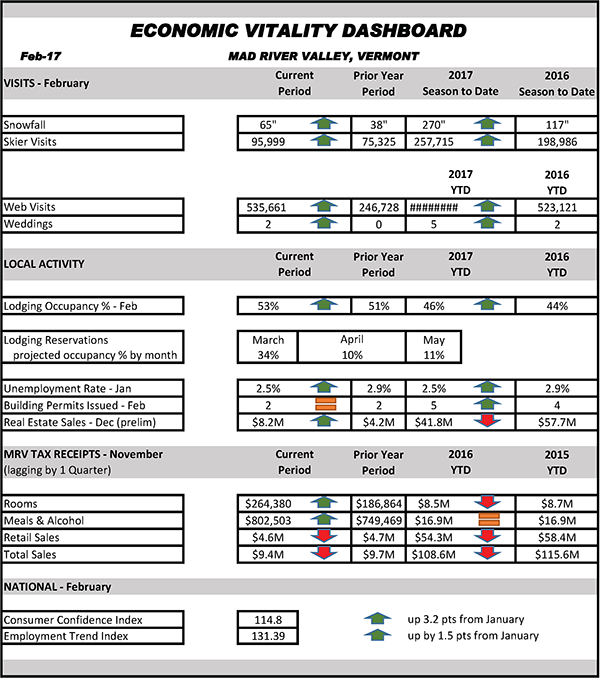 Lodging occupancy is tracking 2 percent ahead of last February and the year to date, likely buoyed by the robust snowfall and skier visits compared to the previous season. Website visits for Sugarbush, Mad River Glen and madrivervalley.com are up significantly compared to February 2016, although part of that increase is attributed to additional data received this year.

The same number of building permits was pulled in February compared to the same month last year. Total dollar volume in real estate sales in The Valley had a strong showing at the end of 2016, with a $5 million increase over December 2015, but was still down approximately 26 percent for the year to date.

Valleywide tax receipts experienced a positive increase in both rooms and meals and alcohol receipts during November 2016, a traditionally slow time in The Valley. Rooms receipts increased significantly, by 42 percent, and meals and alcohol receipts increased slightly, by 7 percent, compared to November 2015. Conversely, both retail sales and total sales receipts were down by 3 percent compared to the same period in 2015.