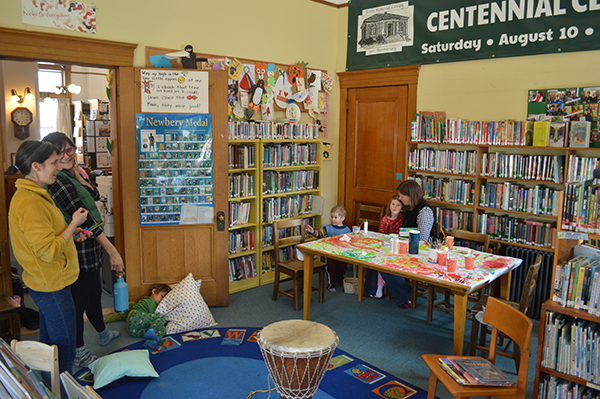 President Donald Trump’s budget proposal eliminates funding for the Institute of Museum and Library Services (IMLS), but just how much would The Valley’s libraries be affected?

The IMLS is the largest source of federal funding for library services in the country, giving out over $150 million each year to State Library Administrative Agencies (SLAA) through its Grants to States program.

The institute funds each SLAA with a base amount of $680,000 and they give an additional amount based on the state’s population. Last year Vermont’s Department of Libraries received $914,092, which made up about one-third of its overall budget.

The department also received just over $2 million in general funds from the state of Vermont as well as other private grant funds.

Unlike other states, Vermont does not divvy out the federal money to its numerous local libraries; instead, the state opts to support many statewide library services to which the local libraries have access.

So while local library budgets may not be affected, the services that they subscribe to and the department that oversees them almost certainly would be. The proposed federal budget is still in its draft stage and Scott Murphy, Vermont’s state librarian, has not had to make any tough decisions.

However, Murphy said that if the cut to the IMLS passes there would definitely be challenges. Library services and the department’s staff – 19 full-time employees – are both in jeopardy. “With a cut at that size, everything has to be on the table,” Murphy said.

Murphy used the Interlibrary Loan program that the state department runs with the IMLS funds as an example of a service that is provided to all of the state’s local libraries.

As Joy Worland wrote in The Valley Reporter last week, “Through the inter-library loan program patrons can access materials from anywhere in the state and even beyond, free of charge.”

There are numerous other services, however, such as cultural programming grants, summer reading programs, services for the visually and physically impaired, job seeking services and Vermont’s early literacy initiative, which provides training to librarians to foster school readiness for children birth-age to 5 years old.

Murphy said that Republican budget proposals in the past have suggested the cut to IMLS, like the one put forward in 2015.

The proposal explains, “The Federal Institute of Museum and Library Services is an independent agency that makes grants to museums and libraries. This is not a core federal responsibility. This function can be funded at the state and local level and augmented significantly by charitable contributions from the private sector.”