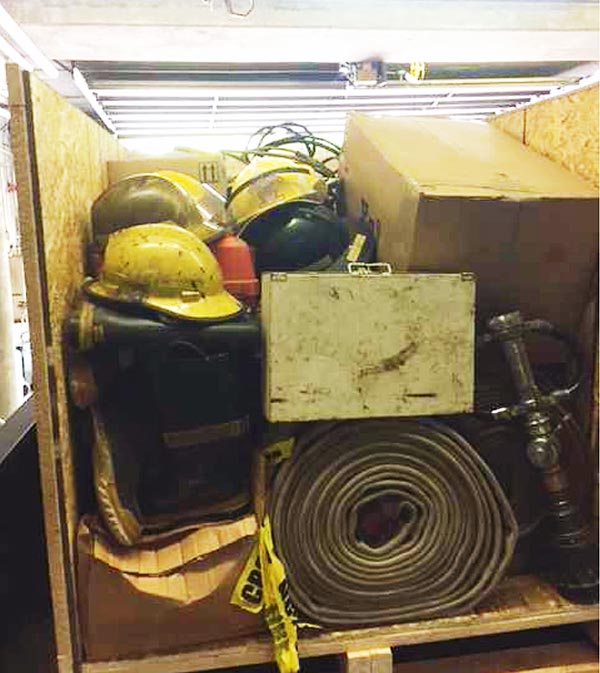 EDITOR'S NOTE: Last fall The Valley Reporter spoke with Chris Behn, Warren, about his plans to send used fire equipment to La Paz, Mexico. His mother lives in La Paz and during a visit he was able to learn about their local fire department. He learned that they were understaffed and even worse they were ill equipped. The fire department did not have critical pieces of equipment that firefighters in the U.S. rely on every day to keep them alive. Behn and the fire departments in The Valley as well as the Mad River Valley Ambulance Service pooled their excess equipment and donated it to the La Paz Fire Department, “Los Bombederos,” and the act of kindness, did not go unnoticed. This story was originally published in The Baja Citizen.

It’s always open season for giving. Sometimes the best – and most meaningful – presents don’t appear at Christmas or Valentine’s Day; they’re ordered in April and arrive in October. Sometimes they save lives.

Warren resident and volunteer firefighter Chris Behn’s visit to La Paz, Mexico, was a year ago in April and Behn enjoyed the usual tourist activities – swimming, boating, snorkeling – but his itinerary also included an unusual destination: the fire department.

Behn has been a volunteer fireman in Warren since 1990, so when he was given the opportunity, it was natural that he’d want to tour La Paz’s local facility with Capitan Salvador Rivera. Behn noticed that the SCBA (self-contained breathing apparatus) equipment wasn’t available to firefighters in La Paz and realized that the perfect recipient for the equipment (which was being changed to a different format at his home fire station in Vermont) was here. It became a personal mission to ensure that La Paz bomberos (firefighters) received it.

In the U.S., there are expiration dates for nearly everything, including fire equipment. Behn knew that Warren also had plenty of out-of-date gear that was still useful, so at the end of the vacation his gift-planning began. Once home he spoke to the right people and arrangements were made to ship supplies to La Paz.

In October, after delays at the border, the items arrived in La Paz. The sizable collection of life-saving equipment has already proven invaluable to the La Paz bomberos.

“I do not know if people understand how important this equipment is to me, to my men,” explained Capitan Rivera, when the equipment was received in La Paz. “The breathing apparatus is not just something we would like to have around. It is a necessity. We cannot do our jobs without it. If a building is burning and there are people inside and we need to go in, we have nothing to protect our lungs from the smoke.”

The hours of collecting, documenting and packing everything took dedication and provided The Valley firefighters and ambulance teams with an opportunity to do something for fellow firefighters.

As an added gift, a real connection was set in motion, a friendship between some of the firefighter personnel in La Paz and a colleague far north in the U.S. There is a language barrier, of course, but the understanding and sympathy is on a different level. The language of firefighters is universal.