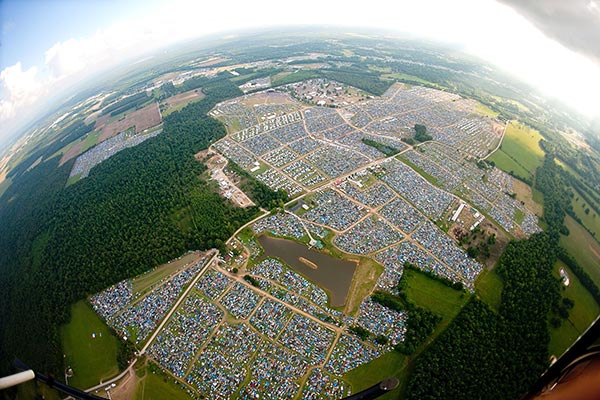 Russ Bennett makes his living creating a sense of place for his clients, whether it’s building a single-family home or transforming a farm field into a small city.

Last Wednesday, April 12, a handful of Valley residents crowded into the basement of the Joslin Library to listen to Bennett talk about his work. He is easy to spot with long ash-white hair and a matching beard. His soft eyes perfectly compliment the relaxing tone with which he speaks.

Bennett explained that whenever he takes on a project, it starts with the intention of his clients. He needs to know what they are looking to create before he gets started. For example, if he is building a home, he spends time getting to know the people who will be living in it. Because of this his clients tend to stay longer in the homes he builds for them.

Is it a city festival? Where people will go home to sleep at night. Is it a camping festival? And everything needs to be provided them. These are just two of the simplest questions Bennett asks when taking on a project.

These two types of festivals, however, require a totally different set of criteria. The atmosphere is much different in each scenario and Bennett said he must take that into account so he can properly work.

“The festival world is a microcosm of the American culture in many ways,” Bennett said. Many of the festivals that he works on have larger populations than Burlington. The festival needs some sort of infrastructure, plumbing, roads and essentially everything a city might need.

Past the basics of moving around in the festival, Bennett focuses on creating a sense of place. For the beginning of his presentation he was standing in front of a picture of a large farm field, akin to many of the fields you find around The Valley.

He eventually told everyone that it was the site of one of the largest music festivals in the country, Bonnaroo. When he finally moved to the next slide, it was an overhead shot of thousands of people, with stages and dirt roads, and it was just the first year.

One of the things that makes Bennett’s festivals, or any events, successful is the amount of time he spends creating a sense of place.

Bennett showed numerous slides of art installations, lighting and fountains that are built especially for the festival that help create the atmosphere. One of the more significant pieces is the arch that every festivalgoer walks through to get into the festival.

The first arch may have been simple, but each year a different artist takes a stab at decorating it and it has evolved each year, but the idea behind it has never changed.

Another creation made for Bonnaroo took Tennessee’s own nature into account. He showed the audience a picture of a common light bug in the town where Bonnaroo is held and the most interesting part was that they lit up at night all in unison. So for the festival, artists created a set of their own that would light up in unison when the sun goes down, as the festival goes all night.

Bennett also works on Phish’s festivals and one of the special events that happen at all of their festivals is that they play a “secret show” at some point. They will not tell any of the fans; they will just show up at a certain spot on the grounds and begin to play.

Although it was just an idea of one of the band members at first, it has become a staple in their festivals.

Bennett said that he and his company strive to create something that lives up to the artists that come to the festival. If his presentation is any indication, he must be getting close.