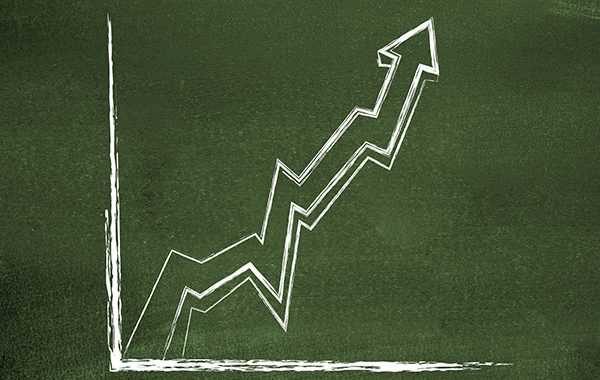 Lodging occupancy was tracking ahead of last April and for the year to date, likely buoyed by the robust snowfall and skier visits compared to the previous season, according to Jasmine Bigelow, executive director of the chamber.

Website visits for Sugarbush, Mad River Glen and madrivervalley.com were also up significantly compared to April 2016.

Average unemployment in The Valley for March 2017 was 2.8 percent, up slightly from last March. The Valley's unemployment rate of 2.8 percent in March was lower than the national rate of 4.5 percent during the same period.

In terms of construction and real estate activity, building permits were tracking behind for the year to date as of April 2017 compared to the same month last year. The total dollar volume in real estate sales in The Valley continued its upward trend for the year to date with more than $2 million more in sales as of February 2017 than the previous year during the same period.

Valleywide tax receipts experienced a positive increase in all categories in January 2017, highlighting another strong month of the winter season in The Valley compared to January 2016. The largest gain was in rooms receipts, with a 10.5 percent increase over January 2016. Meals and alcohol receipts also increased significantly in January 2017 by 6 percent compared to the same month in 2016.

The National Consumer Confidence Index decreased by 4.6 points in April from the previous month, while the Employment Trend Index increased by less than 1 point from March. 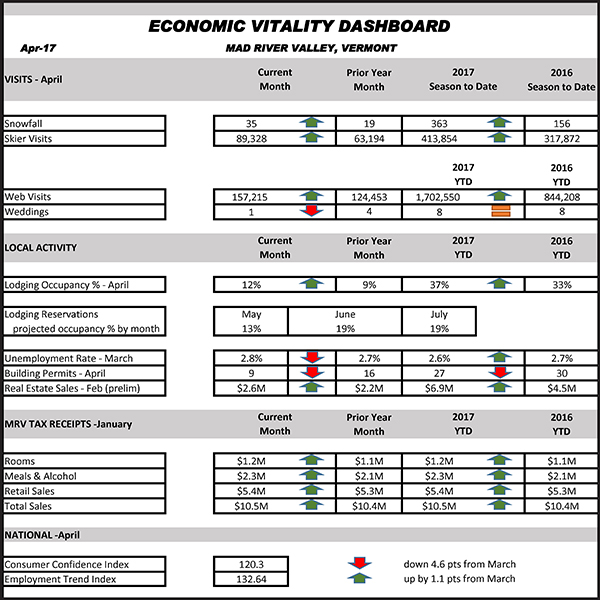