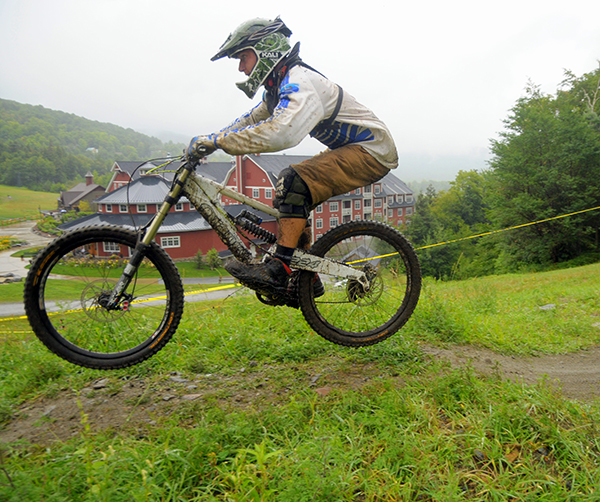 The Mad River Valley’s bet on recreation could be a good investment; the Community Vitality Project (CVP) members certainly hope so.

The CVP has continued to reach out to community members as well as interested people from around the state. At their last meeting on May 17, they hosted members from the Mad River Valley Planning District, the chamber of commerce and the Mad River Valley Recreation District.

The recreation district will soon own and operate the 10-acre lot in the industrial park, as soon as they complete their fundraising and close on the property which is expected to be completed by August.

One attendee at the May 17 meeting, Trey Martin, was not from The Valley but he was enthusiastic about the amount of effort being put into recreation. Martin is an advisory board member for the Trust for Public Lands and he has spent the last five years working in the administration of former Governor Peter Shumlin. He worked for the Department for Environmental Conservation, he was the deputy secretary for the Agency of Natural Resources and he served as the secretary of administration.

Martin told CVP members that recreation statistics are amazing at the moment. He cited some sources that state the industry fuels the economy more than the pharmaceutical and auto industries combined.

Martin was using a data set provided by the Outdoor Industry Association (OIA). According to the OIA, the recreation industry equates to $887 billion in consumer spending nationwide and it supports 7.6 billion jobs.

Martin told CVP members that roughly 80 million people live within a five-hour drive of The Valley and that they are all potential tourists.

One area that has tapped into out-of-state travelers and even Canadian visitors is the Kingdom Trails Association. CVP member Margo Wade and Liza Walker of the Vermont Land Trust attended an economic conference centered on trails and recreation paths and they provided some information to the rest of the group.

Most notably they mentioned that in 2004, Kingdom Trails saw 9,000 visitors and in 2016 that number rose to 90,000. They also said that 75 percent of the visitors were nonresidents.

Martin said that recreation probably shouldn’t be the only aspect of an economy, but it is certainly a good addition, as it increases sales and meals and rooms tax revenues and is a good way to bring people into the community.

“They’re beginning a really solid process and thinking about how to deploy all of the different entities and the volunteers in the most streamlined and well-governed fashion that they can.”