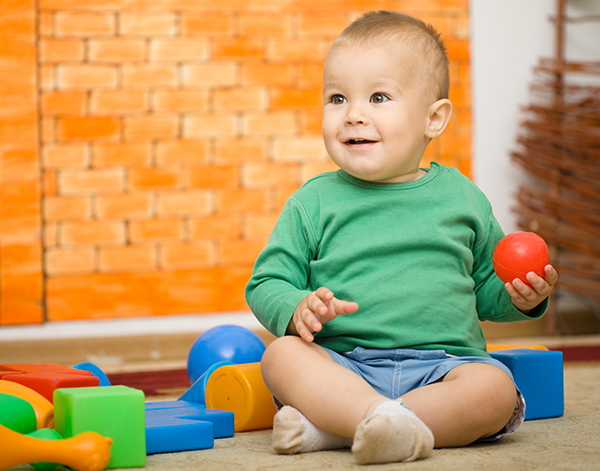 Imagine leaving the house at 7 a.m. and dropping a 4-year-old off at a Moretown day care facility and then driving an infant up to the Sugarbush Day School because that’s the only place in The Valley where there was an opening for an infant. And then driving to work, only to repeat that tour at the end of the work day.

That’s the reality for some parents in The Valley because while there are often spaces in local day care facilities for older children, slots for infants are harder to come by. And, to make matters worse, the calculations by which day care providers calculate their availability is complex.

Add to that the preschool programs at local elementary schools, some of which are full day, others half day, and it adds up to a system that often has parents cobbling together care for their children on a piecemeal basis.

Kristy Haapala, director at the Waitsfield’s Children’s Center, can take care of eight infants a day, but that requires three teachers.

“The real crisis is in infant and toddler care. With what’s happening with the opiate problem in Vermont, it increases the number of kids in state custody and those kids are only allowed to attend high-quality four- and five-star facilities,” Haapala said.

“When you combine that with the new regulations about staffing there are many facilities closing their doors in Washington County and dropping their specialized care status. There are not enough places for kids who need the most support. Combine that with Act 166, which requires 10 hours of pre-K for all 3- and 4-years-olds, and it gets more complicated. What was anticipated were public/private partnerships between facilities like us and Spring Hill and our public schools. What happened instead is that the public schools expanded their program hours – and that is our money maker because of the ratios of teachers to students we have, especially with infants,” she explained.

Kira Harris, director of Spring Hill School in Waitsfield, said that her school does not do infant care. They do not take kids younger than 3 years old and she said she understands that there are not a lot of spots for younger children.

“Some programs have waiting lists for younger children. We take 3- to 5-year-olds and I have a waiting list. We’re licensed by the state for 26 kids, but we generally have 18 to 19 kids, based on space and teachers,” Harris said.

Haapala said that she too has a waiting list and said she regularly refers parents to other day care providers in The Valley.

Some day care providers have kids arrive on the school bus when their preschool day is over at local schools. Others are only able to have kids from their hometown school ride the bus to their facilities.

Danielle Livingston in Fayston has Livingston Learning, an in-home registered day care at the bottom of Phen Basin Road. She is licensed for 10 children, six full time, four after school and two children under the age of 2.

“I’m always full in the under 2 department. Right now I have eight babies on my waiting list. I just had one spot open up and I hit my waiting list and filled it immediately. It is insane. I know a lot of parents who bring one child to day care and then loop up to Sugarbush to drop off a younger child,” she said.

She does have kids get dropped off after school by the Fayston Elementary School buses and she accepts kids up to 12 years old.

Kelly Hayes recently opened The Learning Garden in Moretown and is most comfortable with 12 to 14 children although she is licensed for 20 by the state. She too has a waiting list, mostly for infants.

“Those slots are the hardest to come by. The ratio of teachers to children in the infant to 2-year-old category is 1-to-4 and may change to 1-to-3,” she said.

Her facility is operating at her comfortable capacity despite opening fairly recently because she ended up with many of the children who had been at Stepping Stones in Waitsfield. That facility closed this spring.