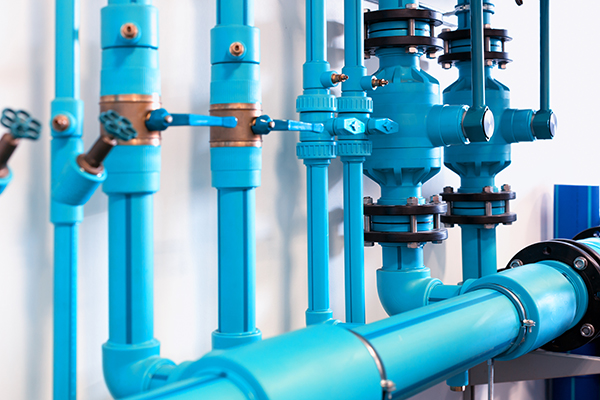 The Waitsfield Select Board took no action on proposed changes to the town’s water ordinance after questions were raised about whether the ordinance and the changes reverse a previously stated town policy that no one would be forced to use the water system.

The town select board, at a May 22 public hearing on the amendments, heard from town resident David Dion who asked about the town’s position when preparing for the town vote on the water system.

Dion said that he owns property in town and that he participated in the Act 250 hearings for the water system.

“Today, I glanced at the ordinance for the first time. I’ve never looked at this because I’m not a subscribed user. I looked at Section 4, Articles B and C, which have to do with connection to the community water system,” he said.

4B. Within the Water Service Area boundaries, any new or improved structure, the useful occupancy of which would increase the actual or potential potable water usage beyond the capacity of any existing well or spring on the property must be connected to the Community Water System. No new drilled wells, dug wells or springs shall be permitted as a potable water supply within Water Service Area boundaries.

4C. In the Water Service Area of the Community Water System service area, any wells or springs currently being used as sources of potable water may continue to be so used, but further development or replacement of them as water sources shall be prohibited.

“It occurs to me that there are conditions under which I could be forced to abandon my well or subscribe to the community water system. That is of great concern to me and I think it would be of great concern to people who are in the water service area who are not currently subscribed and have no knowledge that this language exists,” Dion said.

“In all the public informational pieces that went out about this system and all the questions I asked at the Act 250 hearing, I was very specific and direct, asking if people are going to be involuntarily subscribed. The answer was resoundingly no and there was talk of the rural development grant for the system not allowing people to be involuntarily required to sign up. I’m greatly concerned and I think there are other people who have no idea that this exists,” Dion added.

Board member Sal Spinosa asked Dion if he thought the language forced people off their wells and Dion referred again to the specifics of paragraph B. Board member Kari Dolan said she read that paragraph as one that conditioned when and how people could continue to use existing wells.

“But that’s a good question. Why is that language there at all?” asked board member Anne Bordonaro.

“Yes, why is it there at all? I can site chapter and verse the literature that went out about this where the town talked about 100 percent of costs being born by users and that connection is voluntary. That’s a piece that went out in May 2009,” Dion pointed out.

Robin Morris, a member of the water commission, said that when the water ordinance was written in May 2011 the select board didn’t want people to have to connect if they didn’t want to.

He said that the ordinance allows existing property owners to redrill or repair wells that fail.

“Can site where? Paragraph C looks as if it says that if a well fails you can’t replace it with a well of the same size,” Bordonaro asked.

“That’s how I read it – that replacement is prohibited. These two paragraphs suggest that connection might not be voluntary. That is the crux of my concern,” Dion added.

Dion asked if the water commission would review the history of the project and the language in Section 4 to provide some language that makes it clear that connection is voluntary.

“Are you using the word voluntary for existing or future properties in town?” Morris asked.

“Good question. All the literature that went out to the community was about connection being voluntary and that the grants required it to be voluntary. If it’s not now voluntary, I think there’s a hornet’s nest that’s going to be opened,” Dion responded.

“I second the notion that it’s worth taking another look. The language is there. I don’t disagree with the logic of the thinking, but with all the controversy that has gone on, we want to be sure we’re consistent and that we don’t bait and switch. It’s worth it for the integrity of the system for decades to come. I want to make sure people don’t feel they were told one thing and then the rules changed a few years later,” Bordonaro told the board.

“I’d like to point out that it was not the water commission that made that commitment to the townspeople, but the select board,” Morris pointed out.

Dion will detail the town’s position historically regarding voluntary connection to the system in a letter to the water commission.