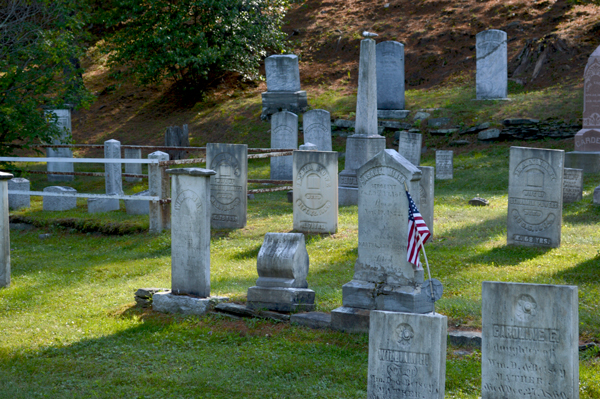 Sidney H. Wing’s mother died last winter. However, when it was time to bury her, he had to hold off because there were two unidentified burial vaults in his family plot.

The Warren Cemetery Commission will be removing the human remains in September, unless a complaint is filed with Washington Superior Court before August 20.

The Wing family purchased their lot in the Warren Village Cemetery in the late 1940s, said Wing. There were four spots in total. Wing’s sister died in infancy and was put to rest in a pinewood coffin in the family plot. When his brother was killed in a car accident six years later, he was able to use the same space as Wing’s sister.

Wing’s father took the second spot years ago and he planned to bury his mother beside him. When they were digging, however, they came across two vaults halting the entire process.

The Warren Cemetery Commission quickly began running through records to figure out whom the vaults belonged to. Unfortunately, no records were found.

Eid said that the cemetery commission doesn’t check a lot before selling because before this occurrence there was no reason to think another vault would be underground.

The cemetery commission is doing everything it can to respect the Wing family, Eid said. They offered him space in a neighboring lot, but the Wings declined the offer, which is why the commission has moved forward to remove the remains.

Wing said that he does not blame the town of Warren or the cemetery commission for their predicament.

Wing lives in Oklahoma now. His parents were married in Warren and spent the first part of their marriage in the area. They were living in Warren when Wing’s sister died but had moved away before his brother passed away.

“It’s always been the plan to have the family interred in the Warren Cemetery,” Wing said.

Eid said that removal would cost about $9,000 per removal. The remains will be moved to another vacant lot within the cemetery.

“I just want to do whatever is necessary to make it right,” Eid said.