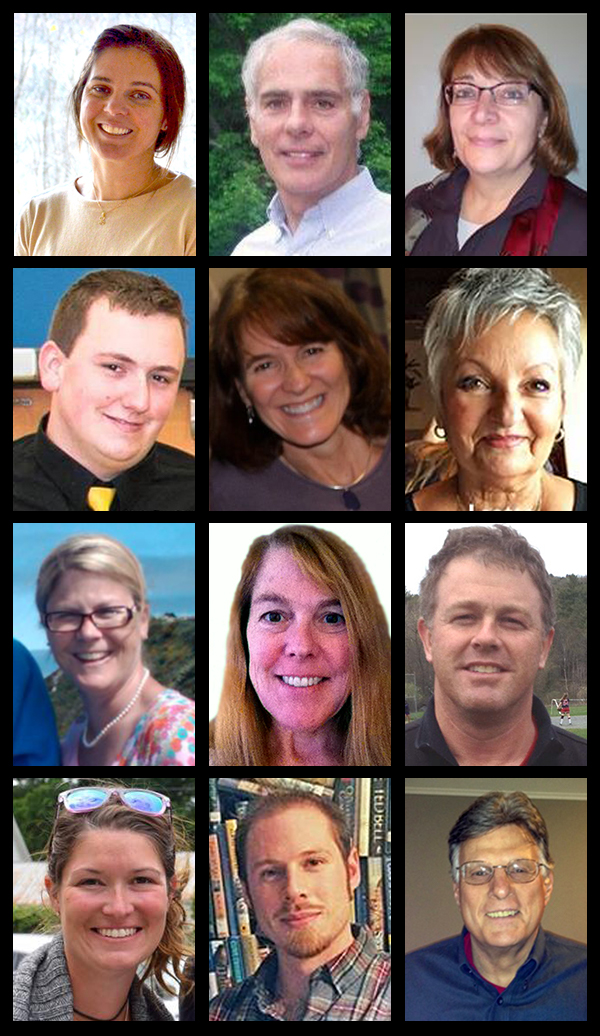 Thirteen candidates from throughout The Valley are vying for a spot in Vermont’s House of Representatives.

On June 10, Adam Greshin vacated his seat in the House when Governor Phil Scott appointed him to be his commissioner of finance and management. Greshin was re-elected to a two-year term in November 2016 and his replacement will serve until 2018.

The governor usually fills House vacancies with suggestions from local party committees. However, because Greshin was an Independent legislator, Governor Scott took applications from anyone in the district. Although Governor Scott can chooser whomever he wants from the Washington-7 district, his communications director Rebecca Kelley said that he will choose an applicant from the same political party as Greshin.

Many of the candidates have been involved in local government or have run for state representative seats in the past. Read, Sallerson, Spinosa and Leotta have all run for state representative. Read, Bordonaro, Cooke, Dolan and Spinosa have all served on their respective select boards. Baruzzi is the director of the Mad River Valley Recreation District. Lisaius is currently the town treasurer in Warren. Rapalee is a forester and environmental investigator. Loomis is the editor of The Valley Reporter and founder of Mad River Valley Television. Lauren was Irene Long Term Recovery Board chair and is currently marketing director/events coordinator at the Big Picture in Waitsfield.

Kelley said that the appointment should come in two to three weeks and whoever is chosen will meet Governor Scott beforehand.

The Valley Reporter has given each candidate an opportunity to address the community below.

In their own words

Thirteen people from throughout The Valley have applied to take Adam Greshin’s, now vacant seat in the House of Representatives. Since there are no debates and less time for public outreach, The Valley Reporter has given each candidate the opportunity to speak directly to the community.

The Valley Reporter asked the candidates, “What interests you most about becoming a state legislator?” Their answers follow in alphabetical order.

I have long been engaged in the arena of public service because I believe in the community enhancing functions that a democratic government exists to provide.  I find that the delivery systems do not always meet the intended goals as efficiently or effectively as they could.  My strength as a public administrator has always been in streamlining organizations to ensure that they are able to function well according to their intended purpose. Legislators have the ability to influence policy by asking the right questions at the right time as well as by creating and supporting sound legislation.  If appointed, I will work hard to do exactly that in order to deliver the best services to the Mad River Valley and Vermont.

Vermont is a leader on many issues including environmental protection, quality public schooling and civil rights. I believe school finance is the fundamental challenge facing Vermont. I’m interested in working with the governor, other legislators and the public to develop means to reign in the rate of growth in education spending, which is undermining the viability of our system, while at the same time preserving the quality and character of Vermont’s schools. Everyone knows this must be done but progress on this matter has been stalled for years. I have many years of experience in education policy and am a good listener who is good at helping people who see themselves at odds find common ground. I have much to contribute to solving this problem.

What interests me is the possibility to affect positive change for my community. We have a lot of tough economic challenges in Vermont that I would like to try to tackle in a meaningful way. To be able to represent the Mad River Valley and Duxbury in the capitol would be an honor.

I’m a mom of three grown daughters, a co-owner of a business with my husband, a board member, a town treasurer and know how special Vermont is -- a great place to raise family, to be part of a community, a place to make even better.

I worked for Dr. Cook for almost a decade.  When you are ill, it can be a frightening time; unfortunately, getting the medical bill can be maddening.  Having helped many patients, neighbors and friends through the paperwork process, it’s so important to make the problems before us understandable and then figure out how to tackle them.  I’ve tried to do that whenever possible.  I believe I can do the same at the state level.

What interests me the most about being appointed to fill the balance of State Rep. Adam Greshin’s term is the opportunity to see the Legislature from the inside versus the outside and to better understand the legislative process. Given the national political climate today I think we can all benefit by better understanding the legislative process and the give and take necessary to get the business of the state done. The opportunity to serve my community and my state in Montpelier would be an honor and a privilege.

Legislators hold a unique stance on how others view issues you as an individual speak about; there exists a level of respect associated with the position one does not typically earn as a citizen. As a citizen, I have advocated for the renewal of public participation to governmental decision-making processes in order to systematically rework the political structure in the favor of the people and not the elected. As a state representative, I may finally obtain the traction I have been seeking concerning this issue in order to respectfully gain the credibility required to successfully motivate residents to want to participate in the democratic process. Once that happens, we as a district can lead the charge in righting the economic instability of our state.

My motivation for applying for Adam Greshin’s vacant House seat is to work, learn, and serve our state and the constituents of Washington-7 to the best of my ability.

My interests and experience are science, natural resources, agriculture, business and, most recently, health care issues.

What most interests me in serving in our citizen Legislature is the opportunity to apply my knowledge and background to the important and challenging issues that affect our state and its citizens. If selected, I will willingly serve where I am most needed.

I'm most interested in using common sense, equanimity and economic principles to lead The Valley and the great state of Vermont into a new era of affordability and progress for all its citizens.

My name is Asah Lauren (formerly Rowles). I’m a Valley native, interested in becoming a state legislator. I can bring a fresh perspective to our community. I own a business here, work for local businesses, sit on nonprofit boards (Hannah’s House, Bigger Picture Community Fund and Mad River Long Term Recovery) and raise my children. For two years, I volunteered as the Irene Long Term Recovery chair and realized, to make a positive change you have to be a part of the solution. Through Irene recovery, I learned the importance of being a local community steward, and the importance of being a steward for the state from the perspectives of local homeowners, business owners, state employees, second homeowners and for the future of our Valley.

Of greatest interest to me as a state representative for Washington-7 is the prospect of helping to shape change. Not change for its own sake but rather that change which advances legitimate public interests, particularly for citizens of Washington-7. Whether the subject is education funding, environmental protection, criminal justice, municipal governance or good jobs, my broad and varied background as a practicing lawyer, extensive time on the Waitsfield Select Board and college adjunct work would hopefully provide a sound base from which to contribute to important legislative oversight on a wide range of subjects. Candidly, I have no illusions about how challenging this work would be, but also, I do not doubt my own resolve to be an informed and reliable voice for Washington-7.