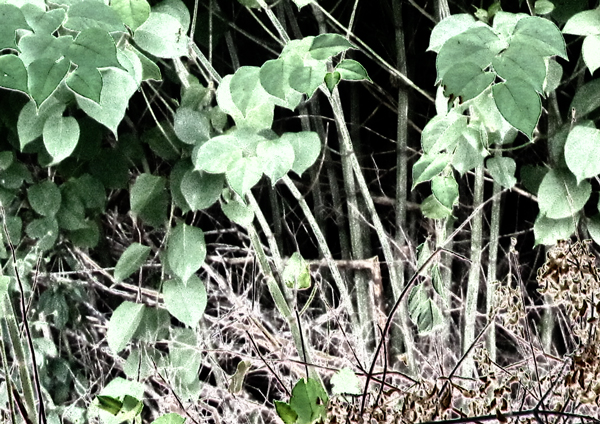 The Waitsfield Select Board approved a plan to re-issue a request for proposals, seeking a new plan to combat invasive species on the town-owned Austin parcel.

The Waitsfield Conservation Commission asked the select board, at its August 14 meeting, to nullify its previous approval for an invasives species control contract that included the use of the herbicide Rodeo.

At this week’s meeting, conservation commission vice chair Chris Loomis and commissioner Teddy Joslin explained that the conservation commission, after having received extensive public comment opposed to the use of herbicides on one acre of the five-acre parcel, and after receiving a counter proposal from Friends of the Mad River (FMR) and the Mad River Path Association (MRPA), felt it would be best to re-issue the request for proposals (RFP).

“After we held a well-attended public forum, we met last week and received the proposal from FMR and MRPA to try and tackle this problem via nonchemical means. We decided that we’d ask you to formally back away from the chemical approach. We don’t want to omit any potential applicants -- and we did receive some nonchemical proposals to our first RFP – so it makes sense to put together a new RFP,” Loomis explained.

That’s what we’re here for today, to ask you to set aside the proposal that was approved and authorize us to revamp an RFP to tackle the same problem with mechanical means,” he continued.

Board members questioned how the commission intends to handle the time frame of the new project if it is all mechanical and nonchemical. The proposal that the select board approved was for a two-year pilot plan to reduce knotweed, buckthorn and honeysuckle using a combination of mowing, Rodeo application to the knotweed and planting to try and re-establish a native flood plain forest.

“Part of the discussion is how to define the parameter for the project and not to ignore the first proposal that is on the table in the event that mechanical methods are not functional and delivering the desired results. This goes back to the approach of our working group which recognized that we’re not the experts on this and the contractors are. We asked what sort of efficacy we could expect from mechanical treatment and over what time frame. It sounds like mechanical is a five- to 10-year timeframe to achieve the same results as chemical application over two to three years,” Loomis said.

“Who is going to oversee it’?” asked select board member Sal Spinosa.

“That’s what we want to know. That’s a problem with a volunteer effort, the Path and Friends put together a good proposal but we felt it was missing some benchmarks along the way. We don’t want every Tom, Dick and Harry out there with a scythe,” Joslin said.

Loomis pointed out that the commission had considered a model in which some or all of the funds that it would have paid a contractor to do the work would be spent on a project manager who would handle the volunteer effort.

Select board member Kari Dolan asked what the budget is.

“The Town Plan calls for us to try and work on invasives and this is an area that’s being turned into invasive city. We felt that something had to be done about it. We thought this would be a good area to try and do a demo project, so we committed some of our own funds,” Joslin said.

The original contract, using herbicides, was with Redstart Forestry and was for $6,600.

Town resident Jerry Miller said he didn’t appreciate the fact that the commission was willing to use “poison” without trying other methods first. He asked how long knotweed had been a problem and questioned why the commission took so long to address this.

Loomis pointed out that the knotweed issue has been on 35 separate meeting agendas for the conservation commission and said that it was discussed as part of the Wu Ledges management plan and at a public forum for that plan.

“Our direction for that parcel is to work to re-establish a flood plain forest. We’ve been operating under that plan for four years. We did our homework on how to re-establish a flood plain forest and learned that we need to work against invasives. We put out an RFP for the project and based on which was most viable, chose the one using herbicides,” he said.

“You all decided to go with the chemicals?” Miller asked.

“Redstart came very highly recommended. It’s not some foreign idea to use herbicides on invasives. VTrans does it all along the roads,” Loomis said.

Board chair Paul Hartshorn praised the work that the commission has done on the issue and noted that as a former member of the commission he knew that the issue of knotweed and invasives and how to combat them had been on the agenda multiple times and nobody came to the meetings.

The board voted unanimously to make the previous approval null and void and permit the commission to move forward with a new RFP seeking mechanical management of invasive species on the Austin parcel.