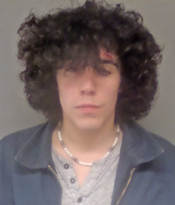 Andrew Baird IV, 21, of Moretown, failed to show up for an arraignment on violating the conditions of his release last week.

Baird was due in court on August 24 to answer to the charges that he violated the conditions of his release in July. Those conditions were set after he was charged with driving under the influence with serious bodily harm resulting and reckless endangerment last October when the car he was driving overturned leaving his passenger, Lily Stilwell, 19, Fayston, paralyzed from the waist down.

One of the conditions of his release is that he refrain from drinking alcohol. In July and earlier in April he was found to have consumed alcohol. In the April incident, he was arraigned on April 14 and released, again with the condition that he not drink alcohol.

“We asked for the arrest warrant, and in this case the judge said no and said that Baird is scheduled to be here in September and, therefore, it wasn’t warranted,” Williams said.

“He was told when he was released in April that if he violates those conditions again he’ll go to jail. He violated again and didn’t show up for court and he didn’t go to jail. In a case like this when you damn near killed someone, what is the deterrent value of conditions if people can just not show up?” Williams said.

The judge who deferred dealing with Baird’s second violation of the conditions of release is Judge Brian Grearson. Last week Judge Pacht disappointed Stilwell and her family when he sentenced another defendant involved in the Lily Stilwell accident to three months of house arrest on charges of reckless endangerment and negligent driving. That defendant, Jeremy Champney, and his passenger, Dakota Griswold, were traveling together in a car and came upon the Baird/Stilwell accident shortly after it happened. Their reckless endangerment charges came from failing to respond to Stilwell’s request that they call 911.

Williams said that he will argue on September 6, Baird’s next court date, that Baird’s history of flaunting court orders as well as the nature of the charges make him a risk of flight. On September 6, Baird will answer to the violation of conditions of release charges from July, face a motion hearing and there will be a status conference on whether the case is ready to go to trial. If it is ready, there will be a jury draw several days later and a trial date will be assigned.

Williams expects that since it is coming up on a year since the accident, the trial will get underway in September. The September 6 hearing for Baird is at 2:15 p.m.

On September12 there will be a pretrial conference for Griswold at 1:30 p.m.