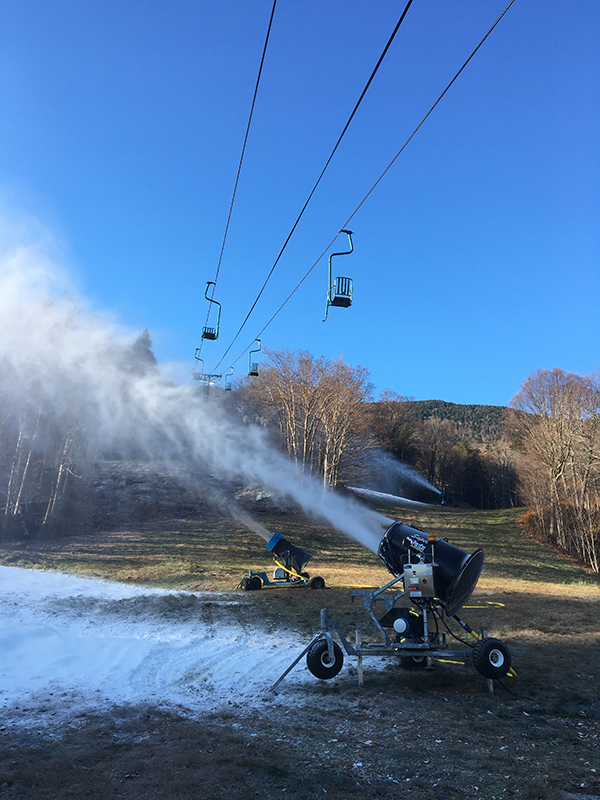 The Mad River Glen Co-op is beginning its largest fundraising campaign ever, the Preserve Our Paradise (POP) effort.

Mad River Glen has partnered with the Stark Mountain Foundation, which helped the co-op raise $1.8 million in 2007 to replace the Single Chair lift. Mad River Glen’s goal for the new Preserve Our Paradise campaign is to reach $6.5 million.

The new fundraising campaign is aimed at increasing snowmaking, renovating parts of the Basebox, expanding educational opportunities to attract and retain more skiers and replacing the Birdland lift.

The campaign has been in a “quiet phase” for the past couple of years, said Annika Holtan, chair of the campaign committee. The co-op had been reaching out to members and other interested possible donors, but on December 9, a new phase will be starting.

The new phase will begin with a campaign kickoff party at Mad River Glen on December 9, at 6 p.m. Mad River Glen will announce their goal as well as how much they have already raised as a part of the campaign.

Holtan said that progress will be tracked by shading in a bar at the Basebox explicitly designed not to look like a thermometer since that is the opposite of what skiers want at this time of the year.

Some of the money that had been raised has already been put to use, Holtan explained. Mad River Glen bought a mower and a groomer, built a warming shack at the top of the double and invested in new snowmaking equipment. The ski area also bought two new snow guns this year.

“Mountain preservation is by far and away the largest of the four initiatives,” Holtan said.

Some of the goals of the campaign are to expand educational opportunities or to create new ones, renovate parts of the Basebox and replace the Birdland chair.

“What we would like to be able to do is to support more educational programs across the age spectrum. You know we grab the kids young in the ski school and we’d like to keep the young adults and the teens engaged and constantly learning and we have this 700-acre slice of paradise in the Green Mountains,” Holtan said.

Holtan also said that the renovations to the Basebox would not alter its historic feel.

“The work that we want to do on the Basebox would not impact the fireplace room, which is part of the original structure and the defining space,” she said.