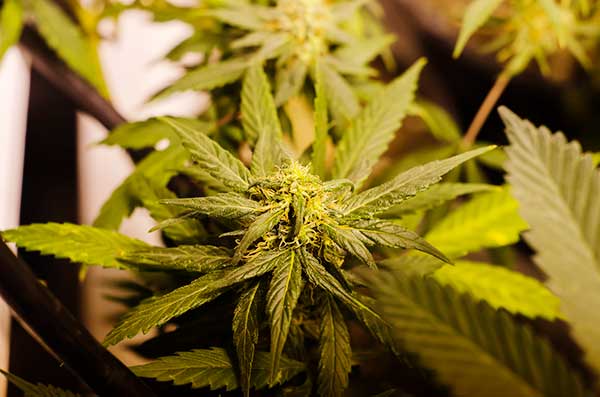 Vermont’s House of Representatives saw more action than normal in the first week of the legislative session, which started on January 3.

On January 4, the House passed H.511, which legalizes one ounce of marijuana, five ounces of hashish, two mature marijuana plants or four immature plants. The House voted 81-63. Both of The Valley’s representatives voted in favor of the bill, though Ed Read, who was appointed to replace Adam Greshin this summer after Greshin took the commissioner of finance position in Governor Scott’s administration, voted to delay the bill in an amendment that ultimately failed.

The bill, H.511, began last year in the senate as S.22 but was vetoed by Governor Phil Scott over his concerns about younger Vermonters’ ability to access the drug and the affect legalization could have on highway safety.

The House ran out of time during the veto session to pick up the bill and so it was moved to the first day of this session.

“In the 18 years that I have been there I have never done anything like this on the first day,” said state Representative Maxine Grad, D-Moretown, who also chairs the House Judiciary Committee.

It is not as if marijuana legalization was a priority, Grad explained, but to pass the bill and move onto other issues was important.

During the House’s discussion, many Republican members proposed amendments to delay the vote on the bill by 11 days, so the House could wait for a report that will be presented on the effect legalization has had on other states, or some representatives tried to amend when the bill would go into effect, from July 1, 2018, to July 1, 2019.

After Governor Scott vetoed S.22, he put together a commission, by executive order, to study the effects that legalization had in other states like Colorado and Washington. The commission is set to present its findings on youth access and highway safety on January 15.

IS THERE A TEST?

One amendment put forth would have delayed legalization until a test was created to determine one’s level of impairment.

According to Lieutenant John Flannigan, Vermont State Police’s commander of safety programs, there is a saliva test to determine whether the drug is in someone’s system. However, he noted it does not measure the level.

For instance, there is no 0.08 BAC for marijuana, which is the legal driving limit for alcohol content.

The other part is that officers throughout Vermont do not have the legislative authority to administer the test on the side of the road when they pull someone over whom they expect might be impaired.

However, there is a bill, H.237, that would allow officers to administer the test.

“I believe, from a consumer protection standpoint, that we should be regulating it,” Grad said.