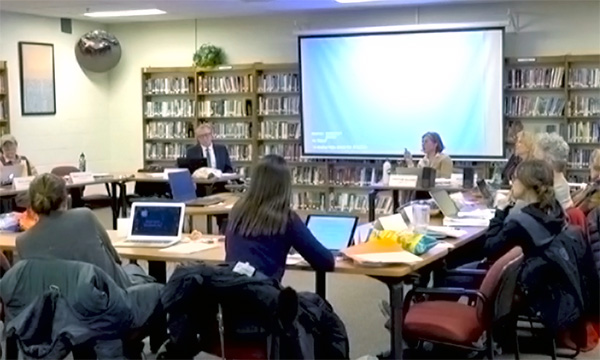 The Harwood Unified Union School District (HUUSD) Board will vote on next year’s budget as The Valley Reporter goes to press on Wednesday, January 17. Based on a straw vote at the group’s last meeting, the budget is expected to pass.

The total budget amounts to $37,183,150, up 2.4 percent from last year’s budget. It includes teacher reductions at Warren and Fayston as well as an increase in interventionists at almost every elementary school.

Fayston representative Jill Ellis explained that she supports the budget even with the teacher reductions. Nease explained that no one would lose his or her job.

The total FTE (full-time equivalent) for the district increased with the addition of interventionists. Vice chair Gabe Gilman noted that it is odd to have an increase in FTE given the current climate. However, he supported the budget fully and commended the administration and the board for a successful budgeting season.

“We’re not in any way triggering the current excess spending threshold,” said Michelle Baker, director of finance and operations at the HUUSD.

Board members opted not to put any into the next year’s budget because of the amount of projects that the facilities workgroup identified and noted at their last board meeting.