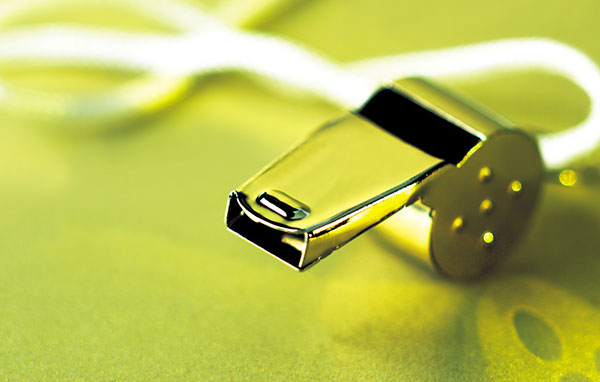 Vermont State Auditor Doug Hoffer denied violating Vermont’s whistleblower law protections when he shared emails from a Fayston man with the subject of the complaint.

Prior to responding to Henry’s complaint, which he did on March 9 with a denial of all of Henry’s complaints, Hoffer talked to HUUSD Superintendent Brigid Nease for almost an hour and spent almost another hour talking to HUUSD director of operations and finance Michelle Baker. Additionally, in response to a request from Nease, Hoffer had colleagues forward Henry’s emails to Nease.

Those emails, according to Henry, included confidential information in the body of the emails, as well as attachments which were documents that Henry had circulated at board meetings and to board members as well as The Valley Reporter.

“I don’t see any basis for anonymity since his allegations are all public,” Hoffer said, adding “He never said anything about being anonymous.”

Vermont statute, VSA 317 (42) lists public records as exempt from public inspection and copying when “information that could be used to identify a complainant who alleges that a public agency, a public employee or official, or a person providing goods or services to a public agency under contract has engaged in a violation of law, or in waste, fraud, or abuse of authority, or in an act creating a threat to health or safety, unless the complainant consents to disclosure of his or her identity.”

In a March 15 email exchange between Henry and Hoffer, they discuss whether Henry asked for anonymity.

Please cite the specific e-mail in which you requested anonymity.”

"Unless a whistleblower consents to the disclosure of his or her identity, any information that could be used to identify that person is kept secret.”

Show me the email where I give consent.”

Hoffer, in an interview this week, said that because Henry was forwarding his own documents, “Everything he sent was public records.”

“Virtually everything he sent me was public records. How can it possibly be secret?” Hoffer asked.

Hoffer did say that if a third party, other than Henry, had forwarded the public documents, with a request that his office investigate the finances of HUUSD, that person’s identify would be kept confidential.