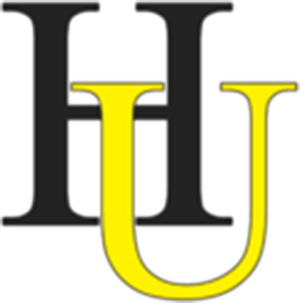 On Monday, March 26, the committee met and a handful of their constituents joined them to discuss the engagement process throughout the district redesign.

The committee now has four members and they have held two community forums, one just before the holiday season and another last Tuesday, March 20, with goal of engaging all stakeholders, not just parents or taxpayers but everyone in the greater district community.

Committee chair Alycia Biondo, a board member from Warren, said many of the people who attended the March community forum were not parents but simply interested community members.

Also, on Monday the committee started working on a request for proposal to hire a consultant to specifically help engage the community.

However, the school board members have asked themselves how they can involve the community in their work long before school redesign was in the picture. Biondo advocated for including Article 14 in the Articles of Agreement, which is specifically geared toward community engagement, and the articles were put forth prior to the Act 46 consolidation vote.

“Before the [white paper] was even written we were thinking, how do we engage with our communities and what do we engage with them about?” Maureen McCracken, a community engagement committee and board member from Waterbury, said.

“We were also feeling the frustration of our community because our board has to be so scripted in order to get our work done and there wasn’t an opportunity for engagement at the board level,” committee member Lorraine Wargo, a board member from Fayston, said.

The larger board meetings include a public comment period at the beginning of the meeting where residents can voice their opinion about the goings on throughout the district. After public comment the board focuses on its agenda in order complete their necessary work.

After discussions, the possibility of a school redesign started, the community engagement committee’s role was suddenly thrust into the spotlight as numerous community members wanted a say in the ideas being put forth and some others wanted to include their own ideas.

Two coalitions have arisen with ideas about the proposed redesign options, a “Save Our Schools” group that includes parents of many different schools, and Biondo mentioned that the Warren PTO has reached out to parents in the town to gauge their thoughts.

“Board conversation led the public to believe that a lot was going on,” one resident said on Monday.

Another resident mentioned that it might be beneficial to the board and to the community to have a very clear list of the bigger conversations that need to be had, like school redesign or a future bond vote, so people can separate them and know what the board is doing.

Another resident, who is also a teacher in another school district, said that the board should make clear what they are responsible for. She mentioned that there seemed to be frustration directed toward the board for initiatives that were put forth by the state, like merging or proficiency-based learning.

Whatever the topic though, the committee members noted that knowing how they will engage with the public in the future is beneficial, because what they discussed with the residents on Monday night is applicable to any difficult conversation that may need to be had with the community, and committee members know that they have at least one tough conversation ahead of them in the school redesign.

However, Torrey Smith, a committee and board member from Duxbury, said that the disagreements do not necessarily need to be thought of as bad thing. She noted that with the conversations, the board will be able to move forward and, hopefully, to a place that everyone can get on board with.

Even the few residents in attendance on Monday said that hearing different perspectives was useful.

“I am dying to hear what people in Waterbury have to say. … I’m interested to hear,” one resident said. He also urged the board members to think of the most vulnerable constituents in the school district, the ones who are never able to attend the meetings.

“I just also wanted to say thank you, because I do feel like just this setup, the fact that we’re sitting here having dialogue is so very important in this process,” another said.