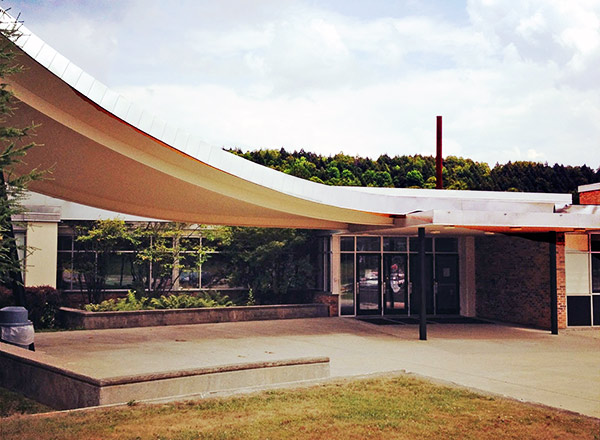 TruexCullins, the architecture firm hired to renovate Warren Elementary School, has been hired to renew an old project of theirs: evaluating Harwood’s facilities.

Though this time around, the firm will also be looking at Crossett Brook Middle School facilities. TruexCullins has been asked to evaluate Crossett Brook in the same manner as Harwood was evaluated. The firm will look at building capacity and whether renovations or updates are needed.

Earlier this year, the Harwood Unified Union School District (HUUSD) Board discussed a potential bond vote for November for the work at Harwood. That date will not be met, but the board discussed renovations and the bond vote again at the April 11 meeting. The earliest a bond vote could be held now is March 2019.

At the meeting, Alycia Biondo, an HUUSD board member from Warren, noted that she has already heard concerns regarding TruexCullins taking on another project, considering the issues that Warren Elementary School experienced this fall.

Dave Epstein, partner at TruexCullins, explained that TruexCullins will look at contractors with the administration and the Harwood Unified Union School District Board facilities work group to make sure each group is OK with the hire.

Jill Ellis of Fayston added that her experience working with TruexCullins on the Fayston Elementary makerspace was great.

Not all board members agreed with adding Crossett Brook into the project. Gabe Gilman, Moretown, as well as Ellis and Theresa Membrino of Fayston voted against it.

One thing that everyone did agree on was that Harwood must be fixed.

“You do your best with your maintenance budget, but there’s just these big expensive things that you have to replace that you can’t really do out of a maintenance budget,” Epstein told Harwood Unified Union School District Board members on Wednesday, April 11.

He also noted that although Harwood needs renovations, the facility was built well and it does not need to be replaced.

Board members opted to include Crossett Brook this time because they wanted to gain a fuller picture of the district’s middle school capacity. The renovations also have a slightly heightened importance given the board’s recent and ongoing discussion about district redesign. Crossett Brook is potentially slated to receive all fifth- and sixth-graders in the district.

However, board members note that the two issues are separate. HUUSD board member Garett MacCurtain explained on Wednesday that by voting to allow TruexCullins to study Harwood and pick up their defunct project, which started back in 2015, they would be voting to move forward with a project that the former Harwood school board passed three years ago.

The project was halted when discussions regarding Act 46 consolidation picked up.

The original TruexCollins 2015 report identified various aspects at Harwood that could use improvement including paving, the track, HVAC units and controls, renovation, roofing and windows among other items, all at a total cost of about $17 million. Though the school board did not have to complete all of the items identified.

As time passed, costs have increased, as cost escalation has sped up, according to Epstein. The total cost of that work today would be $19 million.

When discussing how much the board might want to do, Alex Thomsen, Waterbury, pointed out that if the district is incurring such enormous costs, they should be able to deliver something that the voters and students will see a difference in.

Epstein explained that he has heard a similar sentiment when working with the Montpelier School District.

“We only get to do this once every 20 years, you know, let’s make it right. Let’s get the project to address the changes in education and make it inspiring for kids and teachers to come to work every day,” Epstein recalled residents saying.

Rob Williams, Waitsfield, also said that if the redesign and the renovations are done right, then the school could be something that the entire community enjoys, not just students and teachers.

Epstein explained that when the firm picks the project back up they would go through the visioning process again and ask themselves, as well as the school board and the administration, what they think the school will look like demographically in the future.

“Which is a big factor because of the first things you have to do when you plan a project is you have to pick what your time horizon is,” Epstein said.

It matters because bonds only occur about once every 20 years so, he said.

If TruexCullins is to restart the process they will not have to redo the facility evaluation, but they will have to confirm what the assumptions were before and move forward with creating the design.

Caitlin Hollister, vice chair of the board, asked about how the project would displace students.

Epstein said a project of this scale would most likely take about 16 months, so it would involve two summers and the school year in between. However, because of the size of Harwood, TruexCullins might be able to renovate parts of the building at different times so the students would be shuffled to different wings of the building but none would have to leave the campus.

Bringing in portable classrooms would be a last resort, Epstein said.

Hollister also asked if there were boards that have done this type of project that the Harwood board could reach out to for advice.

Epstein explained that a similar project, in scale, that TruexCullins worked on was with the Williston School District.

Membrino, a new board member from Fayston, asked if the project had taken school safety into consideration.

Epstein explained that the primary ways in which TruexCullins, and schools in general, could improve the safety is to make sure that there is a PA system that reaches all corners of the building as well as outside. Additionally, the entryway could be designed in a way to slow down a threat, which is currently not the case at Harwood.

Epstein noted that both a PA system and money for a lobby redesign were included in the 2015 report.

The timeline for a project like this is long and will bring the board much farther past their original, tentative date of bringing the bond to the voters for approval in November.

It includes numerous steps including visioning, a programming update, concepts designs and cost estimation among other items. There are also three separate chunks of time cut out for community outreach: one before visioning, one before concept design, and a large allotment between board approval and the actual bond vote.

This does not mean that TruexCullins will only hold just one meeting at each of those points; it is simply where they have allotted public outreach.