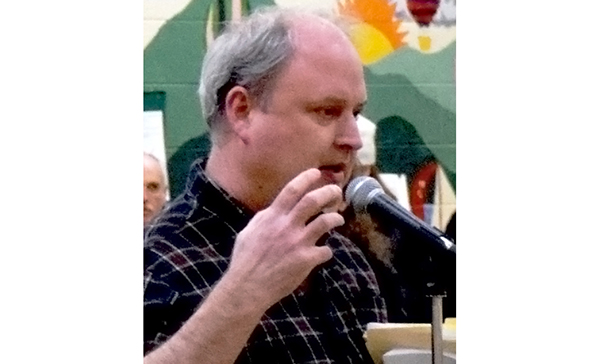 Neil Johnson, Waitsfield, is running for Vermont lieutenant governor this fall on a platform of making Vermont’s government more accountable, cleaning up the opioid epidemic and making the state more affordable.

Johnson is running as an Independent.

“We’ve got a drug problem in this state and we’ve got a spending problem; we’ve got a governance problem,” Johnson said.

He also mentioned that Vermont’s government received a D- in ethics recently from the Center for Public Integrity. Though he noted that it might be improving with the implementation of an ethics committee, the committee does not have any investigative power.

Johnson said that the government must to be more accountable.

For example, he said that everyone knows about the opioid crisis and everyone is talking about it, but there is a lack of action at the state level.

As far as the new marijuana law that was recently passed, Johnson would attack the issue a different way. He said that if it were up to him, marijuana would be treated similarly to a speeding ticket.

He said that nobody should be jailed for having or using marijuana, but a message should be sent saying that it isn’t good for people.

The biggest issue with the bill he says, though, is that it pushed the state toward monopolies.

The second issue that Johnson mentioned was the abundance of “free money.”

Johnson specifically named projects in Waitsfield as examples of the government handing out money where other solutions could have been found.

Johnson did not say that these projects were taken on without merit; however, the fact that they are almost fully funded with state government funds leads to overspending, he said.

Johnson said that had the local matches been closer to 50, local communities would have to find less expensive ways to solve the issues that would ultimately benefit the community and the taxpayers.

“We could have found a lot better solutions, easier, but the committees aren’t there for feedback,” Johnson said.

Johnson is running as an Independent, but his platform is largely based on the Green Mountain Party. Johnson explained that the party is not big enough to be listed on the state ballot so he had to run as an Independent.

Johnson’s goal is to be elected lieutenant governor as an Independent in 2018 but grow the party so that it can be listed on the 2020 ballot.