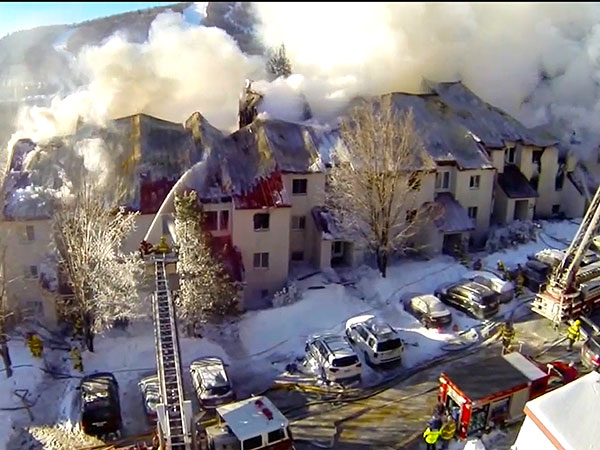 A receiver has been appointed to handle completing the reconstruction of 36 Mountainside Condominium units that burned in February 2014.

Reconstruction of the Warren condominium complex was complicated by the fact that its Act 250 permit was initially denied and granted only after an appeal. Further complicating the rebuild were changes in state fire and safety codes that increased the per-unit cost of the rebuild. Recognizing that insurance proceeds for the rebuild may not be sufficient to cover the costs of reconstruction, the association approved a special assessment of $1.5 million in October 2016 to cover the shortfall.

Instability on the condominium board didn’t improve matters much, nor did the fact that the board initially hired a contractor for the rebuild but later switched to a different contractor, resulting in a lawsuit from the first contractor.

This led to a group of condo owners, whose units were destroyed by the fire, bringing suit against the board in March 2016. After court hearings held in 2016, 2018 and May 15 and 16 of this year, Judge Mary Teachout ruled that Thomas Lauzon would be appointed receiver for the project.

In her decision she noted that at an April 23 board meeting the project was partially built with no money available to continue and construction was about to stop.

“The discussion about whether to do an assessment was at such a level of generality that tough decision-making was not possible and did not occur. The transcript demonstrates that … the group is simply not capable of handling the difficult circumstances that the association now faces, and that have been created by the actions or inactions of the board over the last year,” Teachout wrote.

CONSTRUCTION ABOUT TO STOP

Teachout found that construction is about to stop due to lack of funds with the building frame, doors being installed and roofing materials ordered but not installed. There’s a shortfall of $1.3 million to $1.5 million to complete the project. She further noted that the board failed, over the four years since the fire, to increase dues or require a special assessment.

A bank indicated willingness to loan $700,000 but not enough to finish the project and the association is involved in three lawsuits, Engelberth, Vermont Mutual and the lawsuit brought by owners of the burned units.

“The board is now considering the possibility of simply building out the project to the ‘tenant level’ which was not clearly defined but seems to mean that only the walls and structural elements would be done and the owners would be left to finish their units themselves,” she wrote.

At the suggestion of the plaintiff in this case, Teachout appointed Thomas Lauzon, Barre, to serve as the receiver, at a rate of $180 an hour. Lauzon is to ensure that the plaintiffs don’t end up with the loss of a usable condominium or a partially finished unit that is worth significantly less than the unit they’d been entitled to, had the board handled its responsibilities properly.