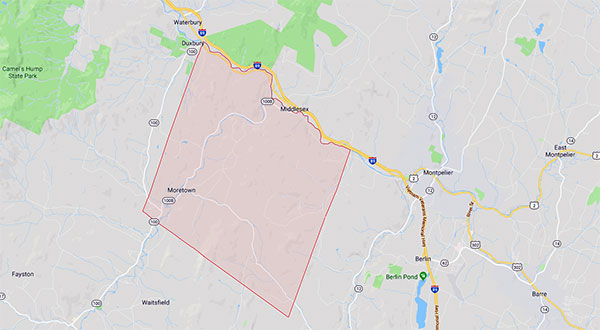 Some 700 Moretown property owners were notified by the town’s listers that newly created computerized tax maps showed a change in their property lines. Nine hundred Moretown properties were recently surveyed digitally as part of the town’s two-year effort to create new tax maps.

The Moretown Select Board invited listers Deborah Feldman and Mike Woods along with the tax map contractor, CAI, to come in to discuss the new tax maps at a July 9 meeting.

Woods explained that after property owners were notified about 120 people had grieved their new maps.

“The town voted several years ago to create new tax maps; it was a two-year process that we contracted with CAI to produce those tax maps. Once we had the hearings and once you (the board) officially accepted the tax maps we started to input the data into the Grand List, noting all the changes and then this spring sent out letters to all the property owners who had some sort of change in their assessment of their land,” said Woods.

Don Butson from CAI explained that people are often alarmed at what they think is their property increasing or shrinking.

“Some people are angry because it went down and they think they lost land and some people are angry it went up because they don’t want to pay more taxes, but it all depends on how you look at it, but the fact is a surveyor will go out and survey a property and they’re not going to come up with what the deed says. Very rarely if ever, but that’s OK because they’re surveyors, they do a lot more record research, more field measurements and it will be more accurate. However, when we just send them a notice and we haven’t talked to them, that’s when they get excited about it,” Butson said.

The listers had a form for residents, a tax map correction form for landowners to challenge the surveys. The listers have made their best efforts to get land information as accurate as they can while also taking into consideration previous surveys, deed descriptions, and overall parcel boundaries. Landowners who disagree with the maps can provide their name, address, phone number and mapping lot and simple reasoning on why they think the survey is wrong, and submit the forms to the Board of Civil Authority (BCA).

“In my opinion, I think when tax bills go out is when a lot more people reflect on the money. I think it’s time to get the grievances done, go to the BCA -- if anyone wants to go to the BCA -- and close up your Grand List. Send your tax bills out; when the tax bills go out and if people have what they think are errors on their tax bills, that’s when you would give them the letters to send to CAI and, hopefully, CAI can reconcile with the property owners. I think the listers have done their due diligence in sending out the letters and hearing all these people,” said town administrator Cheryl Brown.

The listers told the board they felt like they were on track with their work, given the need to have a Grand List set for July 5, at which point the tax rate will be set and tax bills generated. The listers were given until the end of the year to submit any discrepancies and omissions.

The listers have held two rounds of grievances about the new tax maps.