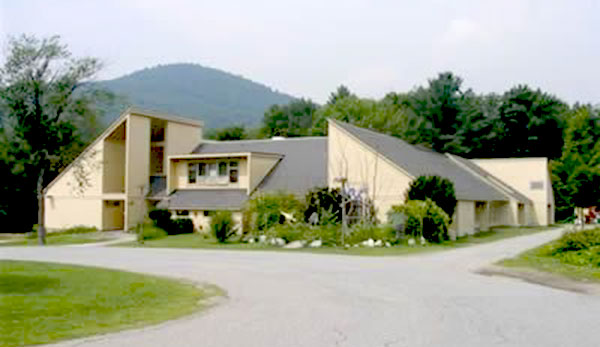 Despite the discovery of PFAS in the drinking water at Warren Elementary School, the school will open on schedule this month. Students return to classrooms on August 27 with teachers and staff back a week prior.

On July 25, the school and school district learned that the school’s water exceeded state standards for PFAS, a group of chemical compounds widely used in manufacturing and industrial processes that have known health impacts.

Ten Vermont elementary schools were tested by the Department of Environmental Conservation (DEC) last month and two of the 10 failed, Warren and Grafton Elementary School in Windham County. The state’s advised safety level for PFAS is 20 parts per trillion.

The water supply at Warren Elementary School showed PFAS (per- and polyfluoroalkyl substances) levels of 36.6 parts per trillion (PPT). PFAS can cause harmful effects on the immune system and various forms of cancer. The 36.6 PFAS total in Warren represents totals of three different PFAS compounds, PFOA, PFOs and PFHPA.

Vermont recently changed its testing standards for PFAS in drinking water. Prior to 2016 the state tested only for two PFAS -- PFOA and FPOS. The presence of either or both of those in water would result in a failed test. The state changed the standard and required testing for PFHPA – the water at the Warren school was found to have 20 ppt of PFHPA in addition to 8.1 ppt of PFOA and 4.5 ppt of PFOS.

Ray Daigle, director of facilities for the Harwood Unified Union School District, said that the situation was frustrating because there’s a lot going on that the state has no answers for.

“They haven’t said what the next steps are,” Daigle said, noting that PFAS are not regulated by the federal government and are found in many, many commonly used household items such as floss and laundry detergents.

He said that the well at the school was drilled in 1992 in preparation for a pending state agency change that put drinking and groundwater under the direction of the water supply division. That state agency changed in 1994 in response to new federal drinking water standards that went into effect in 1996.

In a press release to Warren families this week, Principal Elizabeth Peterson wrote, “Our levels are about twice what they should be and we were notified on or about July 25 by email and phone calls to the superintendent and myself.”

She said that staff was notified about the problem on July 25 and bottled water had been provided since that date.

PFAS are a large group of compounds used in a variety of industrial processes and found in numerous consumer products including floor cleaners and waxes, nonstick products, cooking utensils and pans, food packaging and stain-repellent fabrics.

“At this time, we don’t know the specific source for these schools when we tested it, we had some information that said that PFAS had been shown to be present in floor cleaning products, stripping chemicals and waxes that might be used commonly to maintain flooring in schools,” said Kimberly Caldwell, hazardous site and Brownfields program manager for the DEC.

“Potentially, the disposing of wash water onto the ground near the school or potentially disposing the wash water into an on-site septic system, so there’s a couple potential release mechanisms for those contaminates to enter the environment; if there’s a pathway from that surface contamination to enter the well, then that’s a possibility for this contamination to be impacting these wells; however, we have only tested the well. We haven’t done any other testing to confirm what the source is so at this point this is speculation,” said Caldwell.

In an email correspondence to community members and the press, Michelle Baker, director of finance and operations for HUUSD, wrote, “On July 25 we were informed of the test results by the state and told that there are many more steps that will need to be taken in the coming weeks and months. The state said they will be sending us a letter with the test results and additional information within the next week. We have yet to receive this letter."

Daigle said that he had also raised the issue of whether all water systems in the district should be tested for PFAS and was told that those protocols are still being developed. He learned that the state chose Warren Elementary School as one of its 10 sites to test because historically there had been issues with higher levels of some chemicals that system operators regularly test for, such as copper, lead, nitrates, etc.

“We’re going to hear more from the state when the second test comes back and the water supply division is going to work with us on next steps, whether its treatment mitigation. It could be a filtration system or it could be a new well. There’s a lot of ‘what ifs’ and ‘could bes’ around this,” Daigle said.