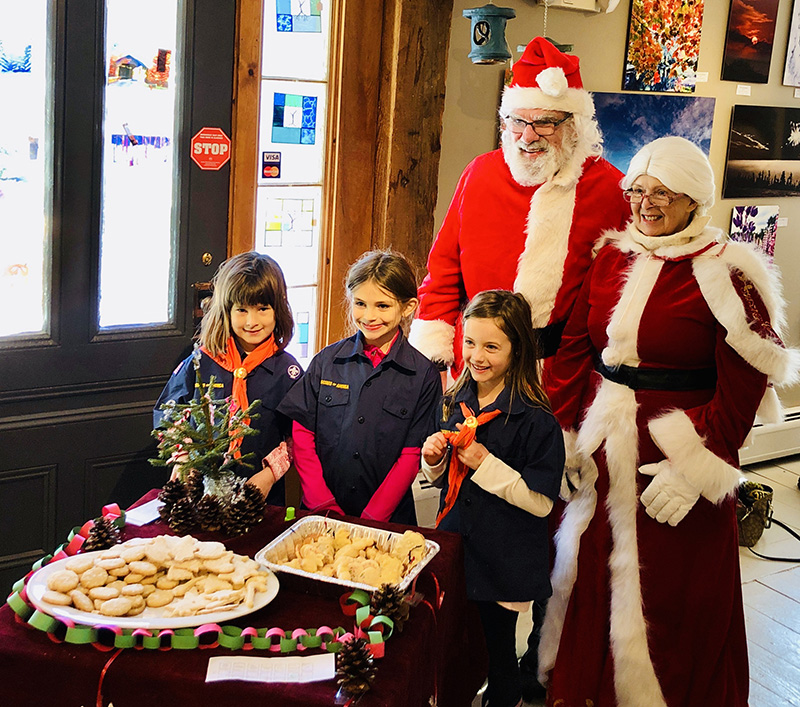 The competition was fierce and the public did the judging for the first annual youth Holiday Taste of the Valley event.

And the winners were the Waitsfield fifth- and sixth-graders who ambitiously undertook both savory and sweet sushi bites at Product Think Tank!

On Saturday, December 8, as part of the Country Christmas celebration, groups of young chefs were stationed on Bridge Street and in the Mad River Green Shops where they offered the public samples of their creations and encouraged people to fill out a ballot and drop it off at Whippletree Designs.

There was maple oatmeal bread crafted by Spring Hill students (and parents) at Peanut and Mouse and chocolate chip cookies at The Collection created by the Waitsfield Children’s Center. The Girl Tiger Scouts offered golden shortbread cookies at Artisans’ Gallery and there were gingerbread cookies made by the Boy Tiger Scouts at Opulent Designs.

The Party Chefs proffered several different types of meringues, including some with candy canes crumbled on top. These were the most popular, according to the chefs, who were handing them out at the Mad River Taste Place.

Arrow of Light Scouts put on a tasty display of brown bits at the Mad River Valley Chamber of Commerce.

Organizers noted that Fayston resident Tony Egan collected samples from all the chefs before eating them all at once to better be able to vote.