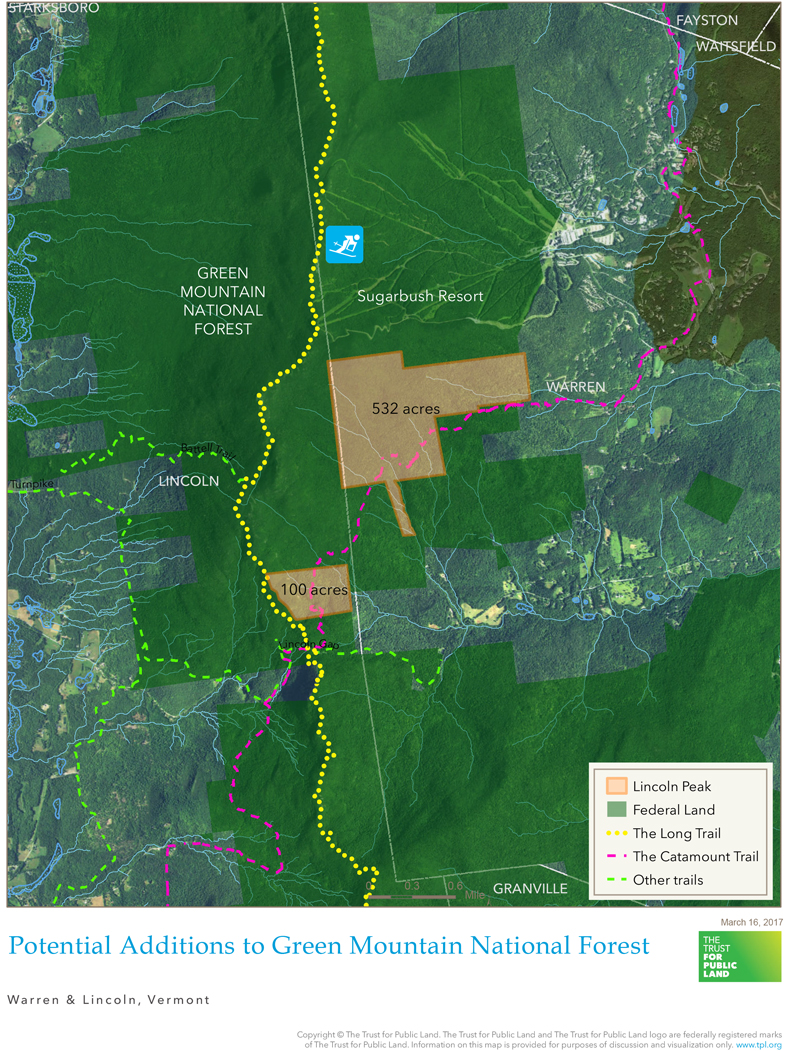 As the Warren Select Board gave their written letter of support for the Trust for Public Land to add the 512-acre Rice parcel to the Green Mountain National Forest near Lincoln Gap, the board heard complaints from an adjoining landowner.

The select board gave its consent at a November 27 meeting for the Rice parcel to be added to the national forest by the Trust for Public Land. The parcel is south of Lincoln Peak, near Lincoln Gap. The land has been owned by multiple owners over the last 40 years. The current owners have no interest in owning the land in the future and timber rights were sold last year.

At this week’s meeting on December 11, the select board heard from Butch Hartshorn, who expressed his concerns about the land purchase.

Hartshorn was concerned about the right of way that he has on his land, which abuts the Rice property. Hartshorn also expressed his worry about the taxes going up for the Warren community.

“We can’t keep doing this; taxes are going up. You’ve got to look at the whole of this; you’ve all got tunnel vision,” Hartshorn said to the board.

Along with taxes, Hartshorn was concerned with the loss of the timber rights and what that could mean for the local economy.

Kate Wanner, project manager at the Trust for Public Land, was present at this week’s meeting and told Hartshorn and the board that the Green Mountain National Forest has increased logging jobs by 65 percent in Vermont.

“We’ve applied for federal land and water conservation funds for fiscal year 2020 and if we are ranked highly on a national level we will have the funding to be able to buy it and transfer it to Green Mountain National Forest,” said Wanner.

The Trust for Public Land is seeking grants in the amount of $350,000 to cover the purchase price. Wanner said there will be an additional $75,000 in costs associated with the purchase which will need to be raised by fundraising. The town may be asked to contribute approximately $9,000 from its conservation fund for surveys and other work related to the purchase.

Andrew Cunningham, select board chair, said that the board was not pushing for the deal or pulling against it. It is a private business deal, a letter of support was sought, which they had already done back in 2004.

Hartshorn said that he wanted to hear more community input on