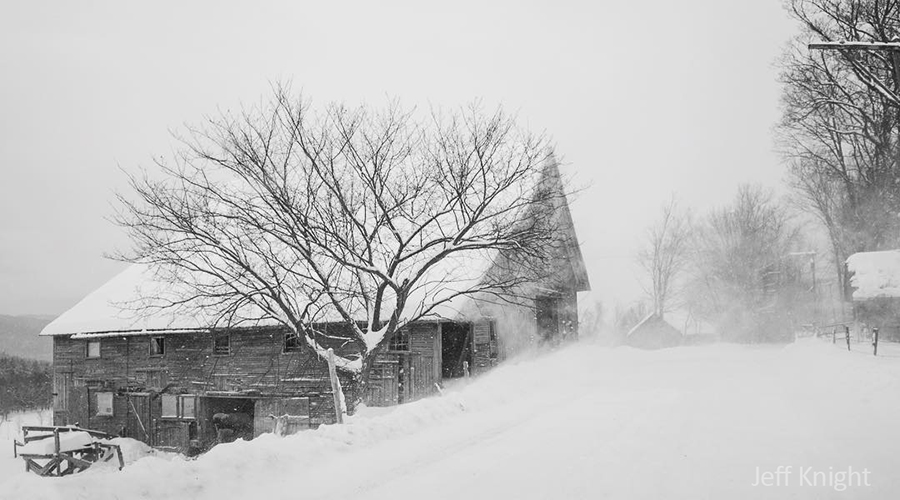 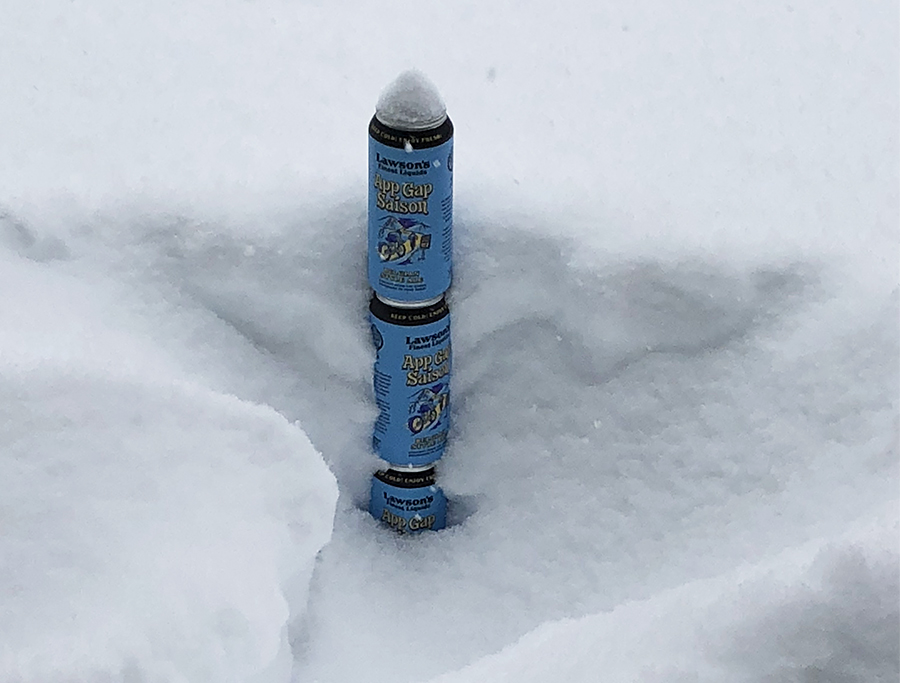 Measuring the snow depth with cans of Lawson's Finest. 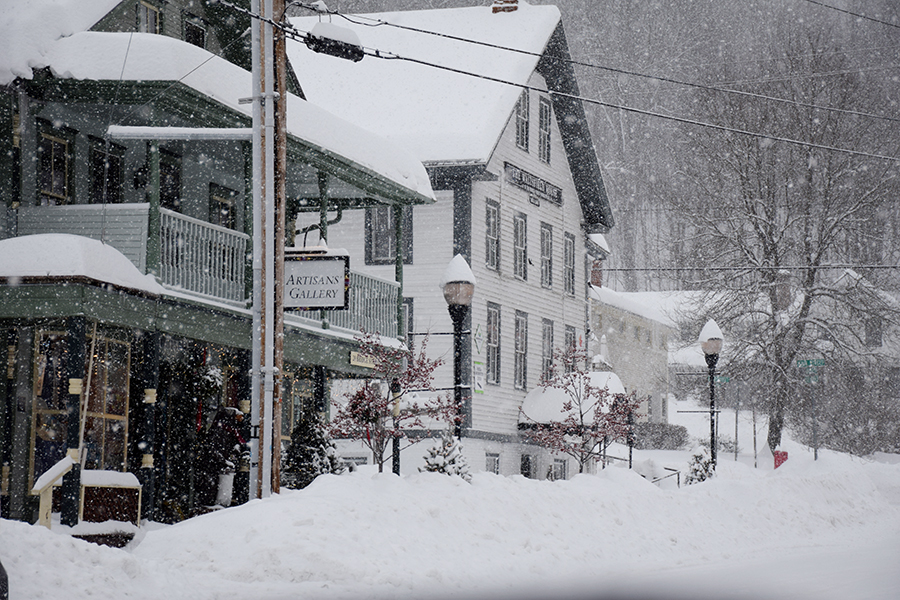 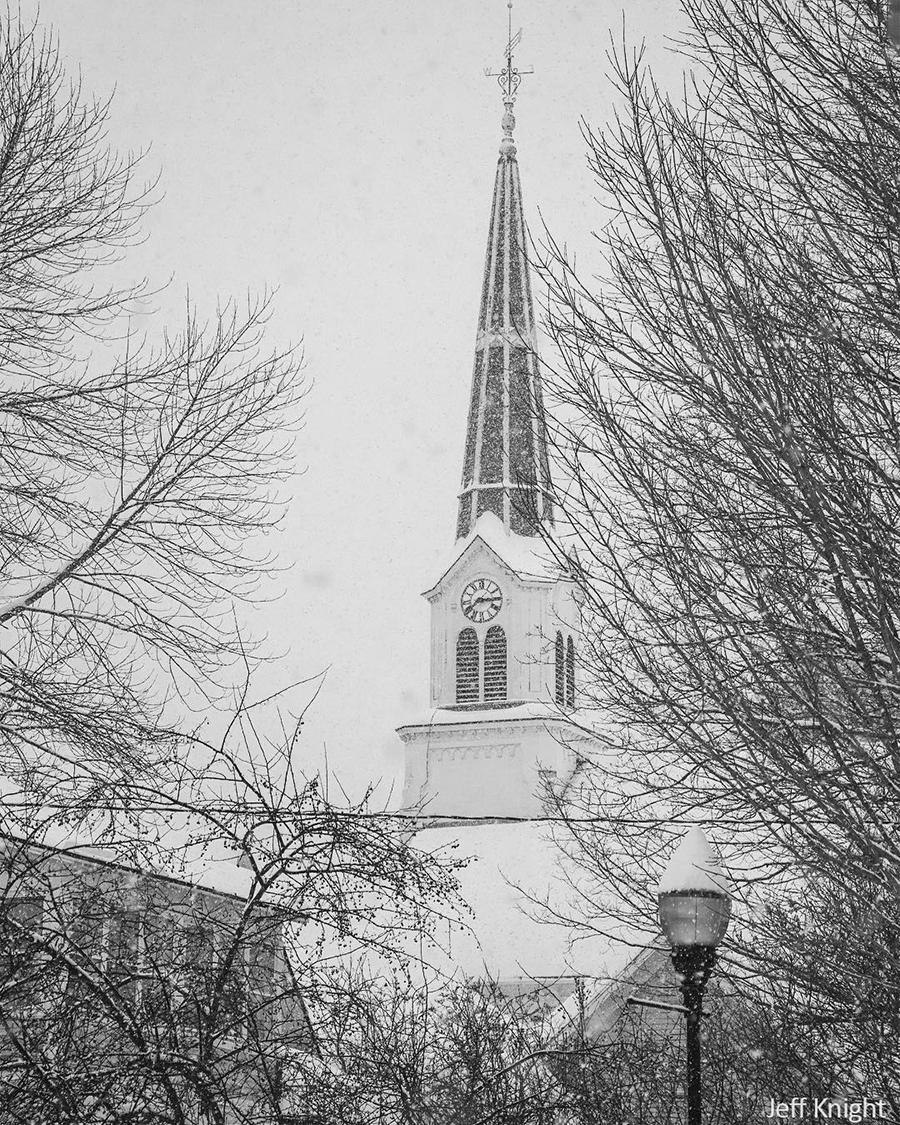 Winter Storm Harper descended on The Valley, much to the delight of skiers, riders and snowmobilers – and all who enjoy a good blizzard.

Snow fell steadily throughout the day on Saturday, January 19, and continued falling through Monday, January 21. Both Mad River Glen and Sugarbush’s Lincoln Peak and Mount Ellen were at peak capacity during the blizzard.

Local road crews worked around the clock along with private plowing contractors who moved tons and tons of snow during the weekend.

Patience was necessary during the storm whether due to the need to drive slowly or wait behind drivers with less than adequate tires. The snow was deep and the roads were slippery!

Groceries were gone from the shelves of local shops due to people stocking up for the storm as well as the holiday weekend influx of visitors.

Reports from those who skied and rode over the weekend included tales of deep and endless powder that renewed themselves as the snow continued to fall.

A deep chill greeted residents and visitors alike on Monday, January 21, with wind chills colder than minus 15 and wind speeds that halted the lifts at all local ski areas. A steady exodus of cars leaving The Valley was evident midmorning on Monday as visitors packed up and headed home.