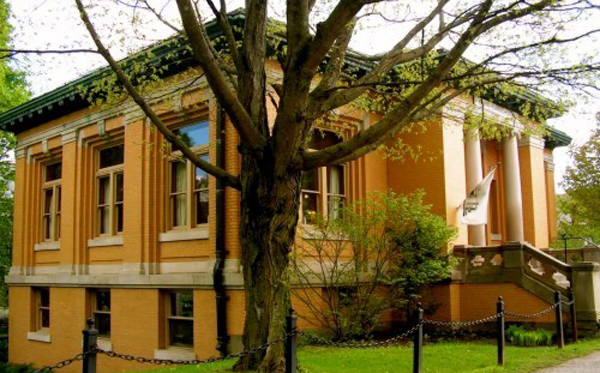 After being closed for almost a month, the Joslin Memorial Library will reopen in the middle of next week. The library has undergone extensive renovations including the installation of an elevator to make the space ADA compliant. The ground floor (former home of Waitsfield town office) has been remodeled into children’s library space and a meeting room. The ground floor also includes a children’s bathroom as well as an ADA-compliant bathroom.

On the main floor, a gas fireplace has been installed, book shelves have been reoriented to run north to south (versus east to west) and four new computers were waiting in their boxes to be installed once the place has been professionally cleaned later this week. There will be two comfy chairs next to the fireplace for reading. The stairs between the two floors have been reoriented and brightened up with some natural daylight.

A new vestibule has been created at the southwest corner of the building where volunteers will greet patrons entering from either Main Street or Bridge Street. The office of librarian Katie Bourque-Johnson was emptied, painted and reorganized as well. The large stained-glass installation in the main library area has been cleaned and lighted as well.

The hardwood floors on the main floor have been sanded and refinished, the walls have been repainted, the ground floor has new carpeting and, most notably, all the windows and light fixtures have been washed, which has brightened up the library beyond description.

Bourque-Johnson anticipates opening in the middle of next week and said that there will be a celebration once the library is entirely back together.

The cost of the reconstruction is $364,112, a portion of which was covered by a grant to help cover the cost of the elevator. The balance of the cost, plus another $150,000 for a program, technology and sustainability fund and $58,000 to administer the campaign was raised through donations.