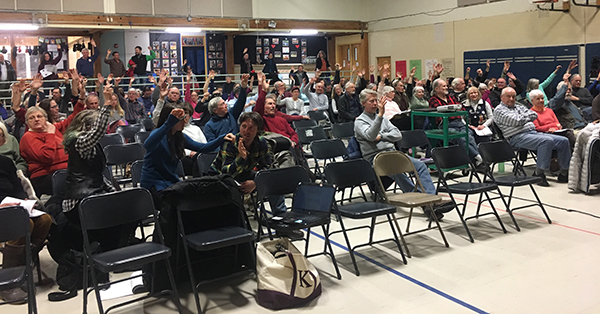 On March 5, Warren residents considered a select board budget that includes paving Cross Road and Plunkton Road. The costs in 2019 for paving the 1.59-mile length on Cross Road would total $137,695, according to board member Bob Ackland.

Discussion on road paving was controversial as some residents on Prickly Mountain did not want their road paved due to it being a highly trafficked area for people walking and biking.

Ackland said that he supported the decision of the town; crowd members shouted they wanted Cross Road to be paved. Speeding concerns were the main concern on these roads. Citizens suggested speed bumps as an alternative. Town officials and residents on the town’s rural roads pointed out that for a few weeks last year during mud season emergency and town vehicles could not service part of the community due to poor road conditions. 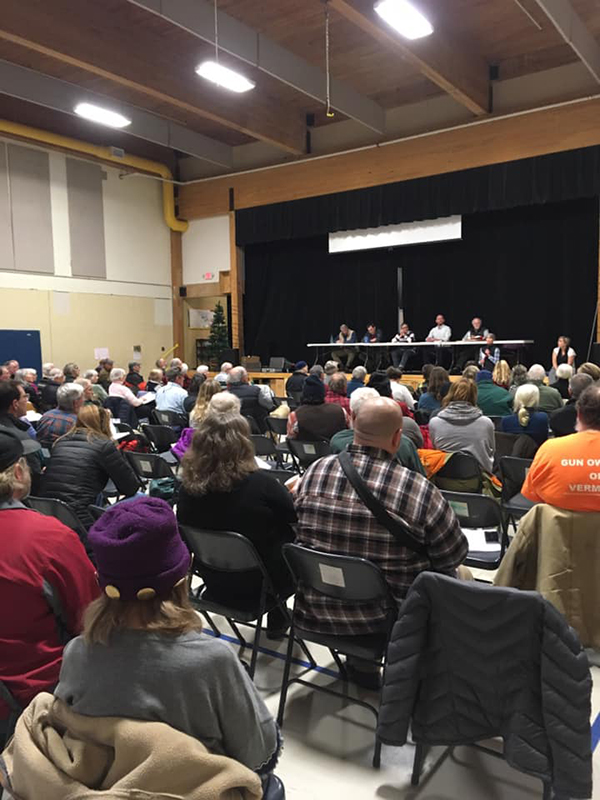 There was extensive discussion on Article 5, where voters were asked to allocate $10,000 to the Conservation Reserve Fund for the year 2019 to be used for land conservation projects stated in the town of Warren Conservation Commission and Reserve Fund Charter. Those funds will help the Trust for Public Land conserve a large tract of land that abuts the Green Mountain National Forest near Lincoln Gap.

The town voted to spend $13,750 for knotweed control practices, after a verbal vote was asked to be hand counted. Citizens questioned if the amount was worth setting aside as some residents suggested the only way to kill the invasive species over the years without spreading it is to smother it. After the hand count, the vote was 71 in favor to 16 opposed.

Ackland told voters that Warren underwent three major water projects in 2018 including a Fuller Hill project with ditching and installing three dry wells for a price tag of $158,872; the municipal parking lot stormwater system for $252,582; and the Warren School stormwater project for $39,065, which was grant funded with $34,415. Another high expense for the town was the new vault for $78.5K in the municipal building.