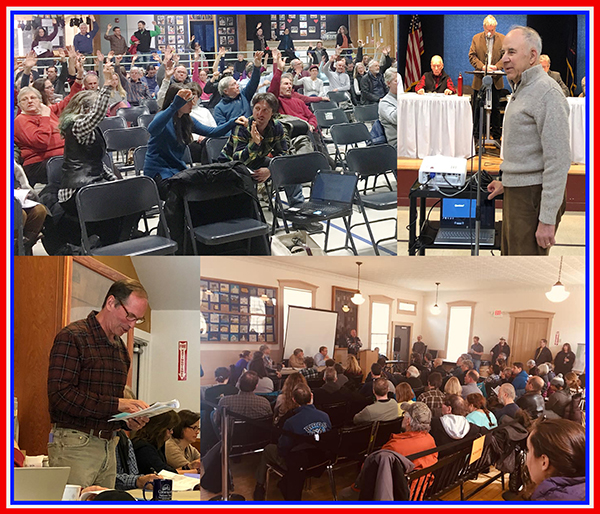 Town Meeting 2019 was a day of budgets and roads as well as the election of local officials when Valley voters headed to Town Meeting on March 5.

In Moretown, Kristen Rodgers was the winner of a two-way race for the final two years of a three-year term on the Harwood Unified Union School District (HUUSD) Board. The seat opened up last fall when Peter Langella resigned and the HUUSD Board appointed Linda Hazard to the seat. Both ran for it this week, with Rodgers prevailing 136-118.

A second contested school board seat in Warren went to Jonathan Clough, who ran against Kristin Parker for a three-year seat that Alycia Biondo had held. That vote was 140-106. Warren also elected Camilla Behn to the select board to fill the balance of a term that had been held by Mary Alberti. Warren voters faced a four-way race for two library commissioner seats. Alex Maclay and Linda Tyler won those seats with 186 and 142 votes, respectively, defeating challengers Jordy Baker with 109 votes and Roger Hussey with 27 votes.

Waitsfield voters elected Kellee Mazer to a two-year seat on the select board that had been held by Kari Dolan, who stepped down to work full time as a state representative. Mazer received 128 votes, defeating Ted Laskaris with 123 votes and J.B. Weir with 83 votes. Waitsfield voters elected Jeremy Tretiak to the HUUSD Board, replacing Rob Williams.

See individual reports from each town inside, including discussions about whether to pave dirt roads, why Duxbury suddenly needs a new town garage, bringing Fayston’s Town Hall into ADA compliance, budget issues and more. Stories begin on Page 7.