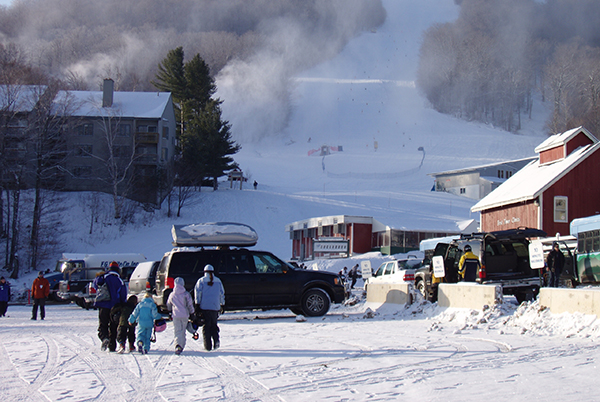 While The Valley’s newly reconstituted Valley Housing Coalition continues its organizational work, Sugarbush Resort is taking its employee housing issues into its own hands.

Margo Wade, Sugarbush’s director of planning and regulatory compliance, came before the Warren Planning Commission this week to outline, in broad strokes, the resort’s plans to address a critical shortage of housing for its seasonal employees.

Wade said the resort is exploring a five-year plan to create housing for approximately 150 resort employees in three to four new buildings or additions, each capable of housing 25 to 30 employees in a variety of room/efficiency configurations.

That construction would take place near the former Warren House restaurant where an existing home would be expanded and then across Sugarbush Access Road where the former Rosita’s Restaurant would be torn down and replaced with two or three buildings of approximately 6,000 to 7,000 square feet. Each new building would include approximately 15 rooms, depending on the configuration. Both of those locations are within walking distance of the resort and are also on the Mad Bus routes.

Wade told the commission that both parcels have sufficient water and wastewater capacity to support the development (although noted that constructing a third building on the Rosita’s site would require more infrastructure capacity than currently exists) and said that new construction would meet setbacks and streambank isolation distances. She said that the fact that all the stormwater runoff from Lincoln Peak runs through the Rosita’s site would require careful planning and the need to provide adequate parking.

Wade and resort vice president of human resources Annemarie Todd explained that existing resort-owned and rental employee housing features a mix of shared bedrooms, single rooms, efficiency apartments and bunk rooms. They said that they have learned that the “sweet spot” for communal housing is between 25 to 30 people. There are shared kitchen facilities at each of the employee housing properties as well as private kitchens in the efficiency apartments.

Currently the resort houses 105 seasonal employees in multiple locations in The Valley. The residence near the former Warren House has been home to eight snowmakers. That location is ideal due to its proximity to the mountain given that snowmakers work in 12-hour shifts. Additionally, Sugarbush rents the Brook House near Chez Henri in Sugarbush Village where a total of eight employees can be housed and has 14 employees housed in the six-bedroom Wildfire Drive property.

The resort purchased the Sugartree Inn in December and is housing 19 employees there. Additionally, the resort rents the Christmas Tree Inn at the bottom of Sugarbush Access Road for another 26 employees, rents a home on Horseshoe Road in Fayston for 10 employees and rents the Pindari Lodge on Route 17 for 16 employees.

Sugarbush employees who are at the lower end of the wage scale earn between $440 and $600 a week and pay between $300 and $500 in rent per month, Todd explained. She said that rents represent 26 percent of wages and said that rent includes heat, electricity and Wi-Fi. The resort has been able to work with Green Mountain Transit – for the most part – to provide transportation to get those employees to work.

She said that the resort’s J1 employees, many of whom are from South America and working in the states on a combined work and cultural/educational visa, generally have no transportation, so the bus is critical.

Warren Select Board member Bob Ackland, who was present at the meeting, asked Todd about unfilled jobs at the resort this season. Todd said that every department is running at a deficit this year and said that the resort was actively trying to recruit employees from other smaller and more southerly resorts to fill positions for April.

As Wade detailed plans for building employee housing, she also queried the planning commissioners on potential zoning ordinance updates, a pending Town Plan update and the specifics of how this new housing would be permitted as Planned Unit Developments (PUDs) and/or lodges.

The current zoning could accommodate the densities that Sugarbush is envisioning, but the zoning for hotels, inns and lodges specifies that tenancy can be no more than a month. There is a boarding house use which allows up to eight boarders for an indefinite time but without access to kitchen/eating facilities.

Planning commissioners raised questions about how the resort is currently renting properties like the Christmas Tree Inn with employees staying there for well over the 30-day max and also asked firefighters Jeff Campbell and Jared Alvord to take a look at the draft drawings for fire protection plans.

Wade and Todd told the commissioners that even with full buildout in one to five years, Sugarbush’s ability to provide housing in its own facilities as well as those it rents would outstrip demand.

“But by Sugarbush providing beds for 150 employees it will take some of the pressure off the rental stock available for long-term rentals,” Wade said.

She and Todd explained that the resort is also considering whether its employee housing could be used to relieve rental pressure in The Valley during the summer months as well and said that for events like the Frendly Gathering in the summer – and potentially other Valley summer events – the affordable rentals could be well-used.

Wade was asked about timing and said tongue in cheek that the resort would love to break ground on the addition to the Warren House property on April 1 in hopes of having employees in there by the end of October when snowmaking starts.

Schwartz detailed The Valley’s aging population and how the lack of rental housing and affordable housing in general created barriers to younger employees. Additionally, he explained that rental housing in general in The Valley is more expensive than elsewhere in the state, noting that 50 percent of jobs in The Valley play less than $22,000 a year and that affordable housing at that pay scale needs to be about $550 a month. By comparison, he said, in order to afford the average Valley rent, people need to earn $20 an hour. He also noted that due to increased homeownership and short-term rentals, year-round rental stock is down 16 percent.

In other housing related news, the Mad River Valley Planning District’s steering committee approved hiring a contractor, Don Kennedy, to undertake a housing needs assessment to follow up on the planning district’s 2018 housing study. That work will create a detailed housing needs assessment that drills down into granular details such as what types of housing, how many units, what price points and more. The cost is approximately $6,000. The planning district will cover $3,000 and each of its member towns will be asked to contribute $1,000. Warren and Fayston Select Boards approved that request this week, contingent on all member towns participating.

The Mad River Valley Housing Coalition meets again on April 8 at the Waitsfield town office from 3:30 to 5:30 p.m.