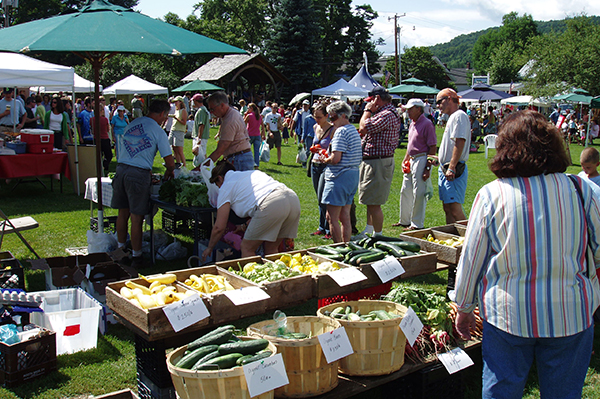 “This is a good problem to have,” said Waitsfield Select Board member Jon Jamieson at a recent meeting where the board discussed parking problems due to the popularity of the Waitsfield Farmers’ Market.

The select board, on March 25, met with market manager Lotty Roozekrans and market board director Bridget Lamell as well as retail business managers/owners, including Jeff Parker from The Store and Paul and Julie Burns from Three Mountain Cafe.

Parker, in a letter to the board, expressed frustration with the fact that The Store’s customers were unable to park in the lot on Route 100 by Northfield Savings Bank, which belongs to The Store. He also said he felt his letter voicing his concerns had been misconstrued and stressed that he supports the market but has issues with the parking.

Parker also asked whether the market was growing and Roozekrans said it has actually contracted from 65 to 60 vendors. In response to a question about whether there was a better time to hold the market such as Saturday afternoon versus the morning, she said that the morning time slot made it possible for farmers to bring their freshest produce and said that the Waitsfield Farmers’ Market success was due in part to its Saturday morning time.

With the select board, the retailers and farmers’ market representatives, the discussion focused on what mitigating measures could be taken to make sure retailers’ customers could access the local shops as well as whether signage indicating that some parking spots are specifically earmarked for certain businesses would help.

The farmers’ market reps said that they felt having traffic control officers on hand for the busiest market weekends had worked in the past and said they would continue that going forward.

Board member Kellee Mazer asked whether the farmers’ market could issue placards or some sign to hang on the rearview mirror of vendors’ vehicles so that their compliance with their parking assignment could be better monitored.

Roozekrans and Lamell agreed to try enhanced signage as well as placards for vendors as well as sharing contact information with retailers so that issues could be addressed in real time while the market is underway. 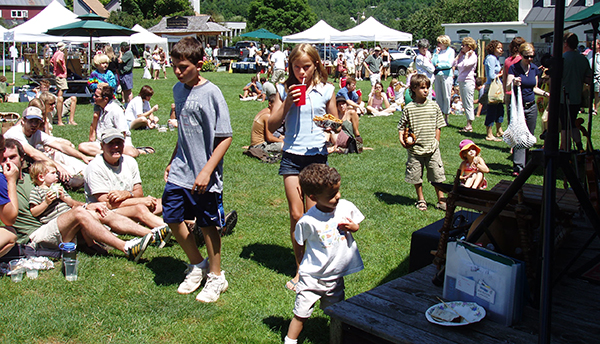