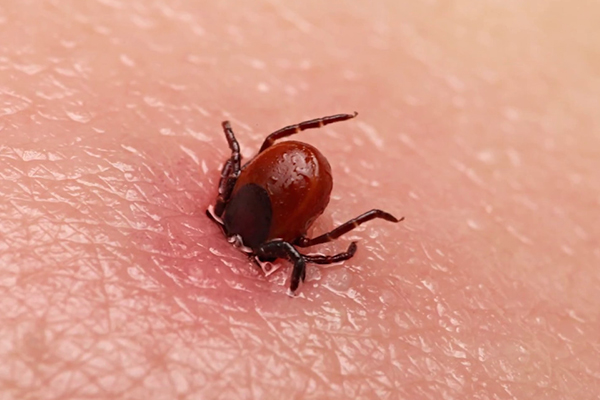 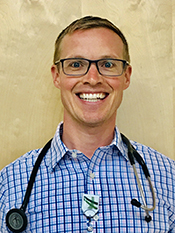 In my seven years of experience as a physician assistant, I’ve diagnosed and treated an increasing amount of Lyme disease, and with this increase, the concerns regarding it are also rising, sometimes disproportionately. The goal of this article is to provide evidence-based information that will help the community to better understand Lyme disease.

According to the Vermont Department of Health (VDH), there were 1,092 confirmed or probable causes of Lyme disease in Vermont in 2017, the most recent year when statistics are available. The number of cases of Lyme disease in Vermont has been steadily climbing over the last few decades, for multiple reasons. The majority of cases were reported from the southern part of Vermont, with Washington County reporting Lyme disease at a rate of a little less than one in every 1,200 residents.

Lyme disease is the most common tick-borne disease in the United States. It is caused by the bacteria Borrelia burgdorferi, which is carried and transmitted by the blacklegged tick, more commonly known as the deer tick. According to the VDH, over half of the deer ticks they studied tested positive for Lyme disease. Bites occur most commonly in the late spring and summer, but can occur during other seasons also. Once bitten, the process of Lyme disease transmission requires the deer tick to be attached to the skin for at least 48 to 72 hours. Without the tick being engorged (filled with blood), usually less than 36 to 48 hours of attachment, there is an estimated 99 percent chance of not acquiring Lyme disease if the deer tick is removed promptly. Ticks that have not embedded into the skin cannot transmit Lyme or other tick-borne illnesses.

There are multiple phases of Lyme disease, which include early localized, early disseminated and late disease. I will be focusing primarily on early localized in this article. During the early localized phase, signs and symptoms of Lyme disease commonly occur within one month of a tick bite and include rash, fever, swollen glands, muscle and joint aches, joint swelling and/or redness, headaches, neck stiffness and generalized fatigue or sense of not feeling well. The most well-known symptom of Lyme disease seems to be the Erythema Migrans rash, often referred to as a “bull’s-eye” rash due to the appearance. Approximately 80 percent of people with Lyme disease will develop this rash, but in the majority of cases, it will not have that classic bull’s-eye appearance, and may be confused with other nondescript rashes. The other symptoms can also be rather nonspecific, so it is best to see a health care provider if you develop the symptoms consistent with Lyme disease.

The diagnosis of Lyme disease can be made in a variety of ways, including clinically or through laboratory testing. To diagnose clinically means based on your symptoms and physical exam findings alone, without testing. If you are found to have classic features of Lyme disease, such as the Erythema Migrans rash, chances are that treatment can start without any testing. Blood testing is less reliable in the first several weeks after a known or suspected tick bite. According to UpToDate, “Virtually everyone with Lyme disease has a positive test result” as the infection progresses. Blood testing typically includes the ELISA test, which has been shown to be very good at detecting antibodies to Lyme disease, and the Western Blot, which is typically used if the ELISA is not clearly positive or negative. Testing the tick for Lyme disease or other illnesses is not recommended, as it may delay diagnosis and treatment. A health care practitioner can help to explain these tests in greater detail and determine if they may be of benefit to you.

If the determination has been made to treat confirmed or suspected Lyme disease, antibiotics are a very effective treatment in all stages of the disease. The antibiotics that are effective for Lyme disease are Doxycycline, Amoxicillin and Cefuroxime axetil. Doxycycline is the preferred treatment, given that it has excellent efficacy in treating Lyme disease, has no suspected antibiotic resistance, and that it treats some other tick-borne illnesses as well. It can also be used as a prophylaxis, or preventative treatment strategy, should a person meet all of the criteria below, according to the Infectious Diseases Society of America (IDSA):

If you meet the criteria above, a health care provider should see you, as you are potentially a candidate for a shorter, prophylactic dose of Doxycycline. If you are not positive whether a deer tick bit you, it is helpful to bring along the offending tick for identification.

Although there is a good prognosis for those people treated for Lyme disease, the best method of treatment is still prevention. Prevention can be best accomplished by avoiding areas with high grass and leaf litter, minimizing skin exposure with long pants and long-sleeved shirts, tucking your pants into your socks, wearing light-colored clothing to easily spot ticks and using effective and safe tick repellents (some repellents are not safe for certain populations, so please do some research or speak with a health care provider or pharmacist before purchasing). Other preventative strategies include doing tick checks on yourself and others immediately upon returning from an area suspected of or known to have tick populations, showering within a few hours of being indoors and putting your worn clothing in a dryer on high heat for 10 minutes to kill any ticks present. With skin checks, pay special attention to the scalp, neck, ears, back, underarms, belly button, waist, hips, pelvic area, groin, as well as behind the knees.

Should prevention not be enough and you get a tick bite, I recommend taking the following steps:

It’s inevitable now that I will encounter at least one patient per shift who has come in with a tick bite and concern for Lyme disease. This comes as no surprise with the increasing presence of ticks and how Vermonters tend to be outdoorsy. As we don’t want these tiny creatures to change our lifestyle, I strongly recommend taking precautions and using preventative strategies to avoid tick bites and the potential for Lyme disease.