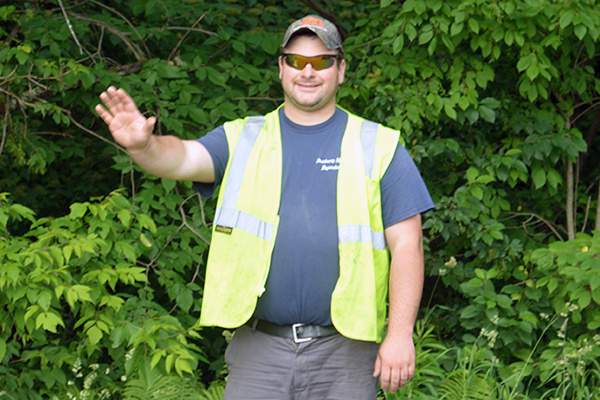 Members of the public in attendance at the Monday, June 24, Duxbury Select Board meeting were speechless when Duxbury road foreman Adam Magee gave his two weeks’ notice.

Magee, who has been working with the town of Duxbury highway crew since 2011, will be stepping away from his current role to pursue another municipal position. In his remaining two weeks, Magee will be training fellow highway crew member Kyle Guyette to be the interim foreman until the town finds a full-time foreman.

Audience members were surprised by Magee’s notice but wished him well in his future endeavor. Individuals clapped as Magee departed the meeting and thanked him for his work for the town.

Magee wrote in an email response that Guyette would be a great replacement during this time: “I have been through a lot as Duxbury foreman. Some great times and some really bad times. I wish the town well. Kyle Guyette is the smartest choice as far as I am concerned. He will be a great leader. He cares about the town and the roads and wants the best for the town.”

Select board members heard from Jeff Poitras, a Main Street resident in Duxbury, who complained about individuals driving near his home. Poitras said that drivers are blowing through the stop sign that is at the end of River Road beside the old Duxbury High School. Poitras added that others are blocking a lane at the corner where a yield sign directs traffic coming off the hill from the south. 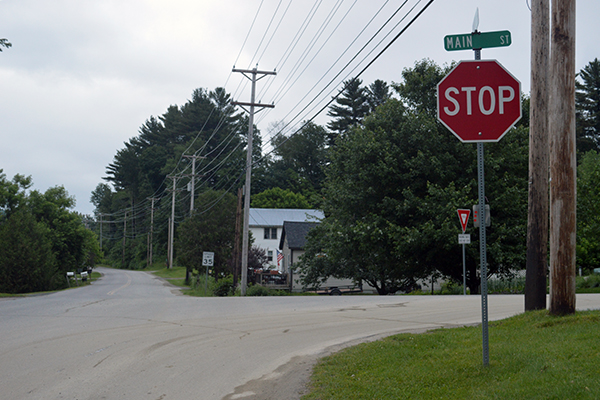 Poitras and others agreed that the intersection is dangerous as runners and drivers alike could get in an accident. Select board members discussed their options, such as hiring police presence to monitor the corner or adding cones, speed bumps and signs with flashing lights. Community members said that Main Street already has many signs that people fail to read. Adding permanent cones that are drilled into the pavement would work but would be costly. Other road cones are stolen regularly or run over. Magee added there are thick layers of pavement that would have to be drilled through.

Select board members decided on adding a second stop sign at the end of River Road near the school so drivers can see a sign on both sides of the road facing them.

Duxbury will be accepting public comment on the salt storage building in the gravel pit at its regularly scheduled select board meeting on Monday, July 8, at 6 p.m.