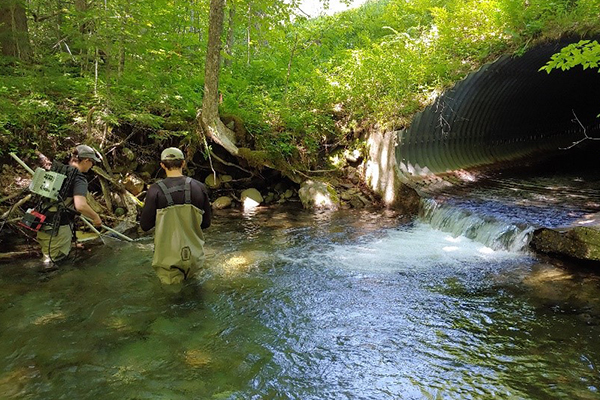 Sampling results from the second round of Friends of the Mad River’s 2019 Mad River Watch water quality monitoring show no sites with unfavorable E. coli levels as of Monday morning, June 24. Another weekend of sun and clear, blue skies didn't produce any rain that would have washed pollutants off the landscape into the water and downstream. Water temperatures on Monday ranged from 54F in the headwaters to 61F along the Moretown Main Stem, and 66F at Blueberry Lake.

At the time of sampling on Monday morning, the river's discharge (volume per second) was 344 cubic feet per second (cfs) at the U.S. Geological Service flow gage in Moretown, having dropped from a record-breaking high of 7,110 cfs on Thursday at 7:30 p.m. after 2 to 3 inches of rain in a very short period of time. The flow condition of the Mad River at the time of sampling Monday morning was low and steady (LS). The mean flow for this date over the last 90 years is 174 cfs; the water was higher than usual at this time of year.

Rains can cause E. coli levels to fluctuate, even on a daily basis, as water carrying pathogens moves down the watershed. Tuesday’s July 25 rain washed pollutants into the water. The E. coli sampling results are only a snapshot in time intended to give people a sense of the conditions that lead to high pathogen levels in the water so they can be informed. It is estimated that at the level of 235 colonies E. coli per 100 mL water, approximately eight out of every 1,000 swimmers are likely to contract a waterborne illness related to fecal contamination. 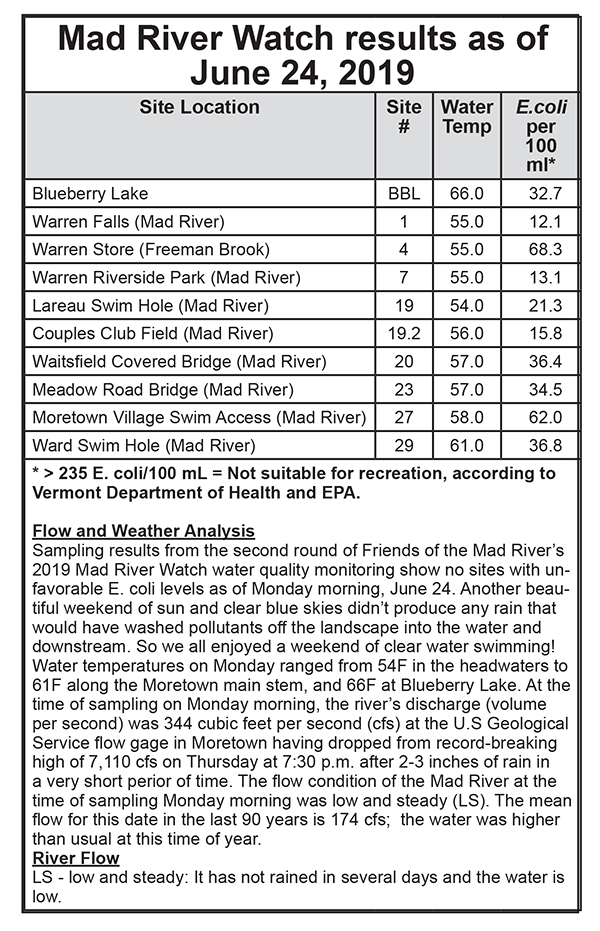 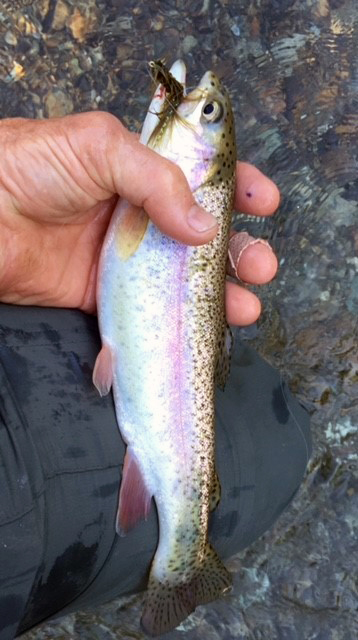 REPORT FROM THE FIELD

Longtime volunteer Mike Ware, Waitsfield, paired his Mad River Watch water sampling this week with a little fishing. “I caught a pretty little rainbow trout out at Riverside Park,” said Ware. “And, thanks to catch and release, it’s still a resident at Riverside Park.” While Mike was out fishing (and collecting water samples), Friends of the Mad River (FMR) executive director Corrie Miller was in the Lincoln Brook watershed doing a different kind of fishing. With partners from the U.S. Fish and Wildlife Service and Vermont’s Department of Fish and Wildlife, the team electro-fished below the culvert that FMR is working with the town of Warren and partners to replace next month on Lincoln Gap Road. “The existing culvert blocks fish from moving upstream because of a long drop at the outlet and keeps trout from accessing important headwater habitat,” said Miller. “We were counting and marking trout before construction so we can document if they move through the new, open-bottom culvert once it becomes an easier journey for them.”

As part of the Mad River Watch program, community volunteers collect samples of water on six occasions throughout the summer from about three dozen river and tributary sites. Then, Friends’ lab and Vermont’s Agriculture and Environmental Laboratory (VAEL) analyze the samples’ bacteria and nutrient levels. Friends posts E. coli data in The Valley Reporter, on its Facebook page and websites, and on signs at 10 popular swim holes across The Valley so that people have information to make their own recreational health decisions. In addition to E. coli data, Friends posts total phosphorus and nitrogen data on its website at summer’s end when received back from the state lab. Over the decades, Friends has used Mad River Watch data to guide many successful cleanup efforts.