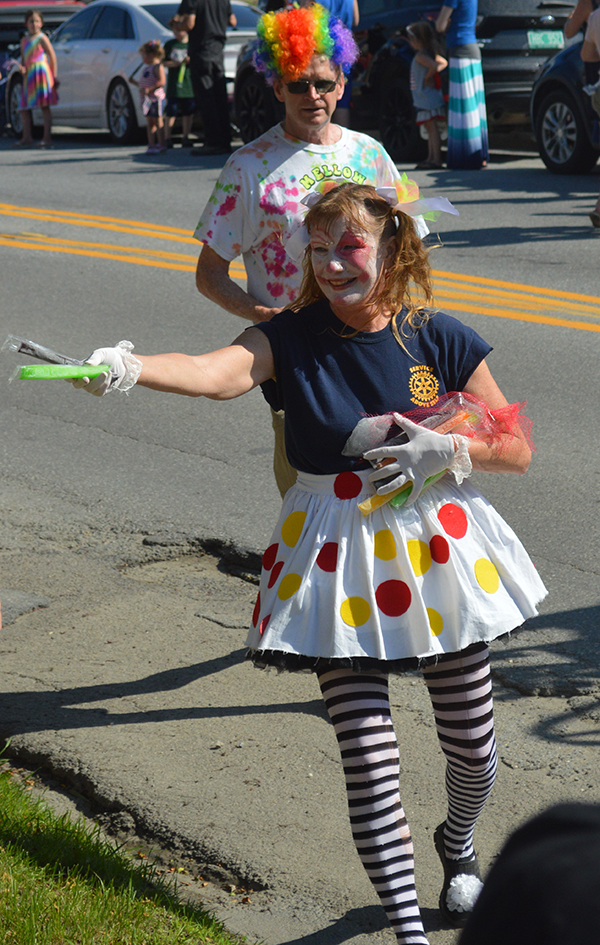 The Waterbury Not Quite Independence Day celebration took to Main Street Saturday, June 29, despite weather and construction.

The Waterbury construction project was put on hold for the day as workers from J.A. McDonald, the contractor handling the project, paved the road for the event and even joined the parade lineup. The theme of the parade this year was Circus Comes to Town.

All of the festivities planned took place, despite a large, heavy rainstorm that tore through the sky before the annual fireworks. The parade kicked off later than usual this year, with a 4 p.m. start. Festivities for families started earlier in the day at noon at Rusty Parker Memorial Park, where music, food and beer vendors and kids’ games were held.

As the parade commenced, local firetrucks, community bands, business owners and clubs took to the street to strut their stuff. Animals and handlers were dressed up in circus getup, with the red clown nose to match. 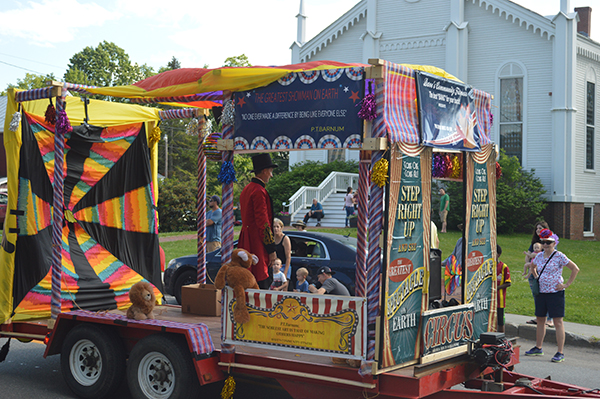 The event, put on by the Waterbury Rotary, promoted family fun and provided an enjoyable atmosphere for the hot day. Along with candy, frozen pops and more, Ben and Jerry’s was also among the floats with an ice cream truck handing out miniature pints of ice cream.

The rainstorm hit between 7 and 8 p.m. and lasted roughly half an hour before clearing off for the fireworks at dusk. This year’s fireworks were put on by the town of Waterbury. The finale was one of the best in years, as low-lit booms comprised of reds, greens, blues and pinks were echoed from above as the lazy willow-like fireworks rained down. The collection together lit up the sky, outlining the smoke trails of the fireworks before them. 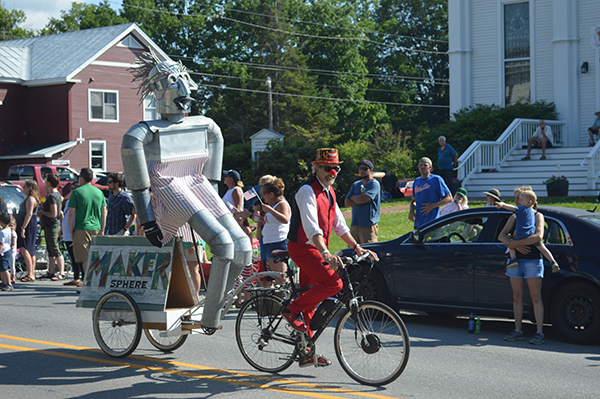