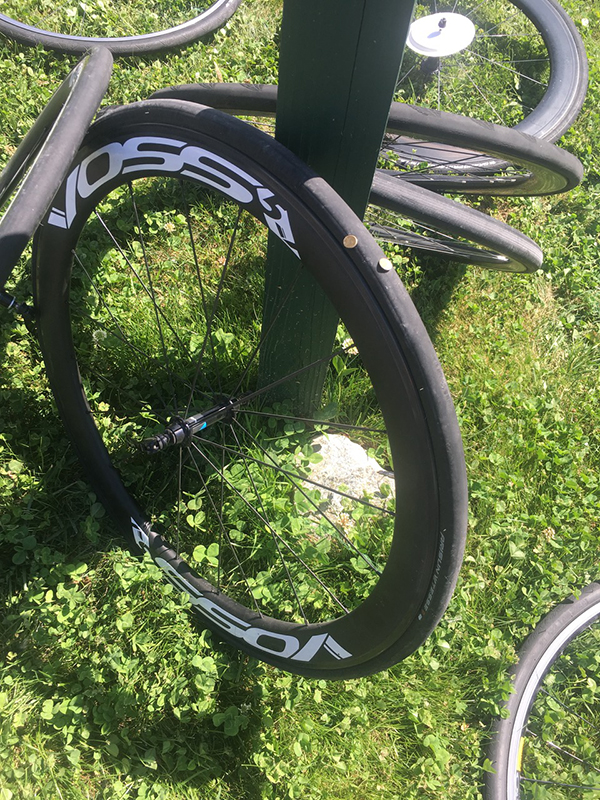 Before the start of Sunday’s Stage 3 of the Green Mountain Stage Race, reports came in from recreational cyclists that furniture tacks on the road on southbound Route 100 in Granville Gulf were causing numerous riders to experience flat tires. Route 100 is a part of the race route that continues over the Middlebury Gap before finishing at the top of the Appalachian Gap.

Pending further information, there is a very slight chance that the presence of tacks on the road was accidental, perhaps caused by an unexpected spillage from a work vehicle.

Several riders in the race did experience flats and tacks were found embedded in a number of damaged tires. Fortunately – surprisingly – no serious accidents resulted from tack-caused flats. But a couple of flat tires in a tightly packed group of riders in a race can often result in a chain-reaction crash and multiple, sometimes catastrophic, injuries. That’s especially true when riders are traveling at speeds exceeding 50 miles per hour down the west side of the Middlebury Gap.

Anyone able to provide further information is encouraged to call the Middlesex barracks of the Vermont State Police at 802-229-9191.